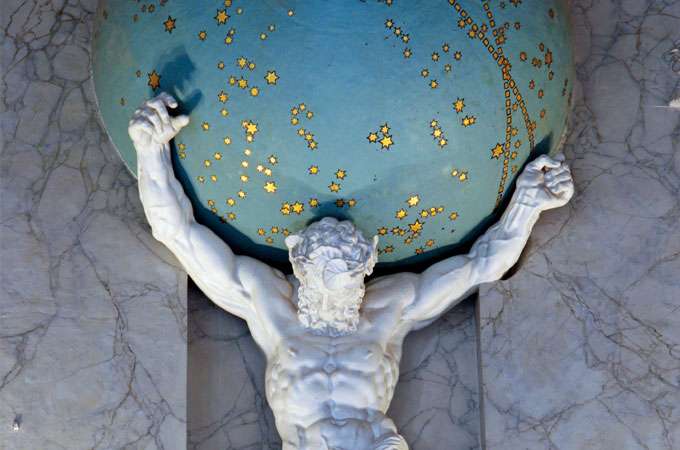 Eco Barons: The Dreamers, Schemers, and Millionaires Who Are Saving Our Planet
By Edward Humes, Ecco Press 2009.
Review by Florence Williams

How important are individuals to social change? The question has been a topic of lively debate since at least the Enlightenment. In Eco Barons: The Dreamers, Schemers, and Millionaires Who Are Saving Our Planet, Edward Humes clearly believes the answer is that passionate citizens, often acting outside of institutions, play a critical role in leading us toward a greener future. This optimistic belief is enticing, especially at a time when many people have pinned hopes on the strong and ambitious personality now occupying the White House. But the traits enabling the individuals profiled by Humes to act heroically lead some to regard them as villains—or at least megalomaniacs— and how they navigate this conflict can have serious consequences for conservation.

Certainly, Humes’s heroes are inspiring and effective. They’re saving vast swaths of ancient forests and the biodiversity contained therein. They’re influencing climate policy, confronting large corporations (in some cases after having benefited from similar ones), rethinking the internal combustion engine, and educating a generation of school children. Take Doug Tompkins, a scrappy rock climber who founded the North Face and Esprit clothing companies, turned Madison Avenue on its head by injecting real people into fashion advertising, and eventually sold the firms for hundreds of millions of dollars. Humes chronicles how Tompkins used this fortune to buy up vast expanses of land to establish nature reserves in Chile and Argentina. The book also details how Roxanne Quimby (cofounder of lip-balm empire Burt’s Bees) and CNN magnate Ted Turner adopted similar buy-it-myself land-preservation crusades.

Humes fawningly attributes his heroes’ accomplishments to their passion and ambition but glosses over other personality traits they share: outsized egos, an extreme propensity toward risk-taking, and a pretty fundamental disregard for the opinions of others. Unfortunately, Humes never explores the irony encased within his coinage “eco-barons.” Taking on giant corporations (and local employers), battling governments, and imposing environmental values on people who aren’t necessarily inclined toward them can be a messy affair. It can heighten class warfare, escalate political tension, and jeopardize—or at least delay—conservation goals. Tompkins, who’s never been keen on social graces, managed to insult or offend much of Chile—some locals think the strict rules governing his lands violate Chilean sovereignty, and the Chilean government actually blocked one of his land purchases in the late 1990s. Turner and Kieran Suckling (founder of the confrontational Center for Biological Diversity) were cut from the same to-hell-with-what-anyone-else-thinks cloth in their quests to protect endangered species at the peril of local, rural economies.

There’s a place for this approach to conservation, but Humes could have better examined his subjects’ bouts of misanthropy and the ensuing damage. It’s a shame he doesn’t dig deeper into the psychological traits that cause some barons to know not only when to get into fights but also how to get out of them. When it comes to conservation, knowing when to clobber the opposition and when to collaborate is a critical skill. To his credit, Humes does celebrate the effective, compromising path ultimately taken by Quimby. Like Tompkins and Turner, she wanted to save the wilderness from the ravages of development and had the money to do it. After buying large landholdings in Maine’s North Woods and banning traditional uses such as snowmobiling, hunting, and logging, she became the target of local residents, who took to sporting bumper stickers that read “Ban Roxanne.” Quimby soon realized she could better advance her interests by working with people, not against them. It’s a good lesson for other would-be eco barons. ❧