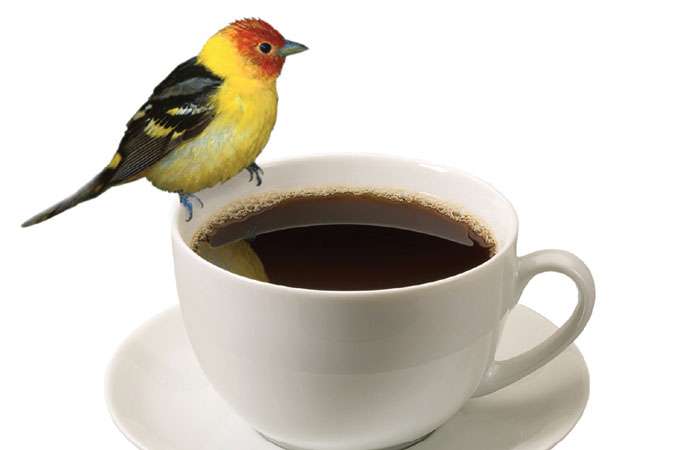 The more they look, the more scientists discover that the benefits of shade-grown coffee extend far beyond its robust flavor. Instead of leveling the forests, shade coffee farms leave a canopy of trees intact and grow plants beneath them. The farms have been shown to provide critical habitat to a variety of animals, including bats, birds, and pollinating insects. Now a study in Current Biology finds they could also play a key role in ravaged forests’ recovery.

The finding comes from Chiapas, Mexico, where University of Michigan biologists Shalene Jha and Christopher Dick studied a patch of uncut forest surrounded by shade-coffee plantations.The researchers wanted to know whether the plantations affected how seeds of a particular type of tree, Miconia affinis, were dispersed.

To answer this, the biologists looked at whether Miconia trees situated near each other tended to be closer relatives than Miconia trees spread farther apart. The clustering of closely related trees, which occurs when seeds mostly remain near the tree that produced them, is common in tropical forests. This is often due to the constrained foraging ranges of the birds specifically adapted to that section of forest; the birds don’t roam far enough to distribute seeds beyond a narrow radius. This is magnified as forest patches become smaller and more isolated, until inbreeding among trees causes their populations to decline.

Sure enough, the Miconia in the patch of native forest showed a pattern of genetic relatedness. But in a striking contrast, no such pattern was seen among Miconia that had spread throughout the shade coffee plantations over the past half-century.

In these areas, the researchers believe, a larger variety of bird species scattered seeds of different Miconia lineages over a broad area, ensuring a genetically diverse population. The authors conclude that, by conserving native birds, shade coffee farms harbor a mechanism for seed dispersal that may be essential for the conservation of trees. By maintaining gene flow and, in turn, the genetic diversity of native trees, the farms could eventually help tropical forests regenerate. ❧
—Scott Norris