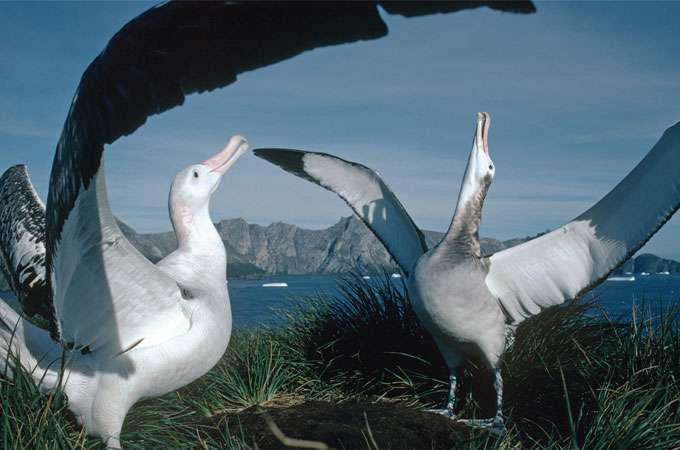 Stand and Be Counted

At first glance, the South Orkney Islands could hardly seem less hospitable: they sit just 600 kilometers north of Antarctica, 85 percent of their land mass is covered by glaciers, and temperatures rarely climb above single digits—even in the summer. Despite their desolate appearance, a new study finds the islands are actually a hotspot for marine life, with their waters harboring more species than even the seas surrounding the Galapagos Islands. Led by David Barnes of the British Antarctic Survey, the study published in the Journal of Biogeography represents one of the first attempts to document species totals for any specific Antarctic locale and provides the first estimate of total animal biodiversity for a polar locality. Executing the tally required an extensive search; Barnes’s team sent divers into the icy waters and trawled the ocean floor for organisms living as deep as 1,000 meters. The end result? A total of 1,224 species across all habitats, 1,026 of which were marine organisms. Of those, 821 were crustaceans, mollusks, and other bottom-dwellers.

The research hints at Antarctic organisms’ ability to adapt to climate change. A large percentage of the species sampled are found throughout the Southern Ocean, and many were found at greater depths than previously recorded. This suggests some species can thrive under a range of conditions, meaning they may still be around when—from a human point of view—the South Orkneys are a bit more inviting. ❧