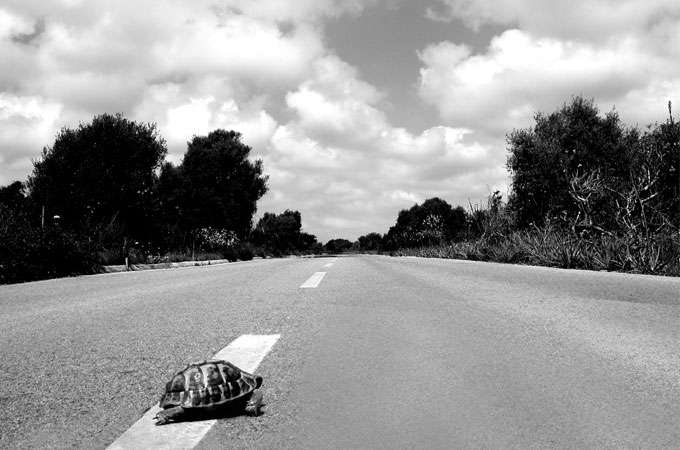 Where the Sidewalk Ends

Cement production is responsible for more CO2 output than the entire aviation industry, and with demand for concrete expected to grow 50 percent by 2020, the problem won’t go away anytime soon. But engineers at the London-based company Novacem have come up with a novel solution: a new type of carbon-absorbing cement that could become a weapon against climate change.

Cement’s large carbon footprint stems from its manufacturing process. The raw materials involved (limestone and clay) must be heated to almost 1,500 degrees Celsius, requiring enormous amounts of energy and combustion. Making matters worse, those materials release carbon as they’re heated. In the end, producing just one ton of cement emits a hefty 1.4 tons of carbon.

Thanks to a natural chemical process, cement also absorbs carbon over its lifetime, but it doesn’t soak up enough CO2 to offset the original emissions. Novacem’s engineers set out to rewrite this equation. They designed a new cement that’s based not on limestone but on magnesium silicates. Since these don’t contain carbon, they don’t give off CO2 during manufacture. The cement can also be produced at much lower temperatures, translating into big energy savings.

Even better, Novacem’s concrete absorbs far more carbon than traditional cement does. Each ton of the new product pulls 1.1 tons of CO2 from the atmosphere–which means that over its lifetime, the cement actually soaks up 0.6 tons more carbon than it emits.