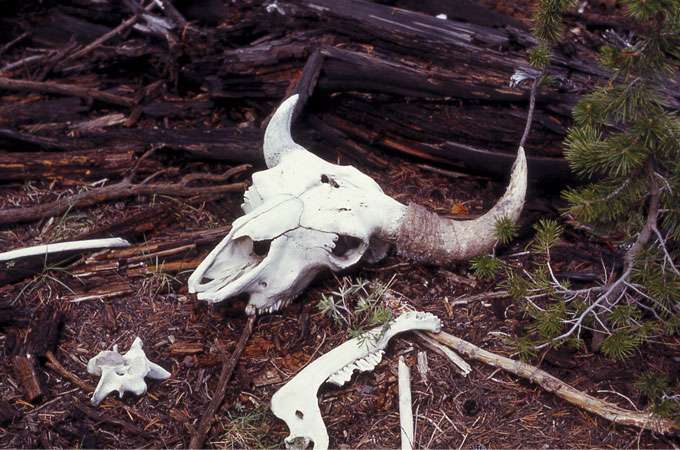 Culling buffalo to prevent disease transmission may be overkill

So much for “home on the range.” When heavy snow forces Yellowstone bison to move down to nearby ranchlands, wildlife managers try to herd the animals back into the park. If that doesn’t work, the unsuspecting bison are summarily shot.

This aggressive response is part of a decades-old strategy to prevent transmission of the brucellosis virus (Brucella abortus) from bison to cattle. But the force might be disproportionate to the threat: a study in the Journal of Applied Ecology finds it would be almost as effective, and far cheaper, to simply let the bison roam.

The possibility of disease has long worried Montana ranchers, who would lose significant revenue if they lost their “brucellosis-free” status. Hence the “hazing and culling” strategy, which prevents all contact between bison and cattle. But these interventions cost millions of dollars each year and have resulted in the killing of more than 3,400 bison since 2000—even though there has never been a documented case of brucellosis transmission from Yellowstone bison to cattle.

A research team led by A. Marm Kilpatrick set out to quantify how much the current strategy actually reduces the risk of brucellosis transmission. Their model confirmed that preventing contact between bison and cattle is the safest bet. But they found transmission would be unlikely even if managers didn’t intervene.

If hazing and culling were stopped, transmission risk for a population of 5,000 bison (the number living within Yellowstone’s borders) under heavy snowfall conditions would be less than one percent in most years but would rise above 10 percent once every 20 years. So today’s strategy reduces transmission risk from low to slightly lower.

A more cost-effective solution, the researchers suggest, might halt cattle grazing in areas where transmission risk is greatest, compensate ranchers for lost revenue, and let the bison wander where they please. ❧