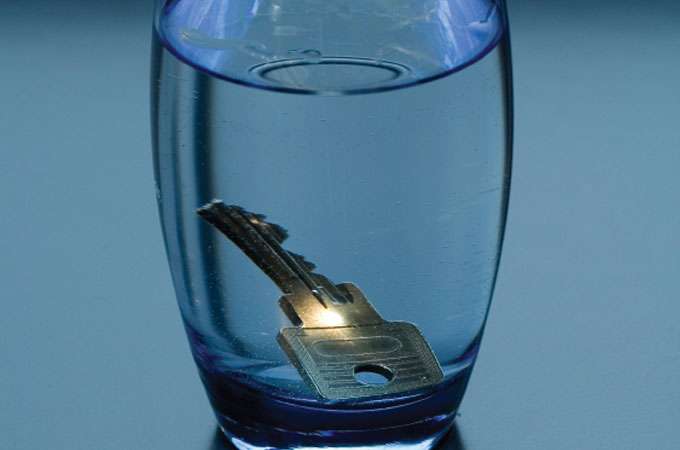 A Drink or Drive Issue

The water footprint of biofuels

In the latest blow to biofuels’ green cred, a report in Environmental Science & Technology shows that growing crops for ethanol may take a heavy toll on the water supply.

In Nebraska, for instance, it can take 800 gallons of irrigation water to produce the amount of corn necessary to make one gallon of ethanol. Using this as their baseline, the researchers calculated that a typical ethanol-powered vehicle would effectively guzzle 50 gallons of water for every mile it drives. This consumption level would vary depending on which crops are used and where they are grown; irrigated Iowa corn might require just 23 gallons of water to propel a car one mile, whereas irrigated Texas sorghum would need 115 gallons.

Even for ethanol crops requiring little irrigation, water use is still a concern. For starters, the report’s figures don’t include the water needed to process the feedstock into fuel. That adds another few gallons of water per gallon of ethanol, which can add put a strain on water sources. Making matters worse, the cultivation of biofuel crops can also degrade water sources via erosion and agro-chemical runoff.

With the federal government mandating big increases in biofuel production, the researchers recommend growing drought-tolerant, high-yield biofuel crops on marginal agricultural lands. Even then, Rice University’s Pedro Alvarez cautions, it will be impossible to entirely mitigate biofuels’ problems.  “We cannot expect a major shift in our energy supply, from the oil fields of the Middle East to the farm fields of the Midwest, to occur without some collateral damage,” he says. ❧