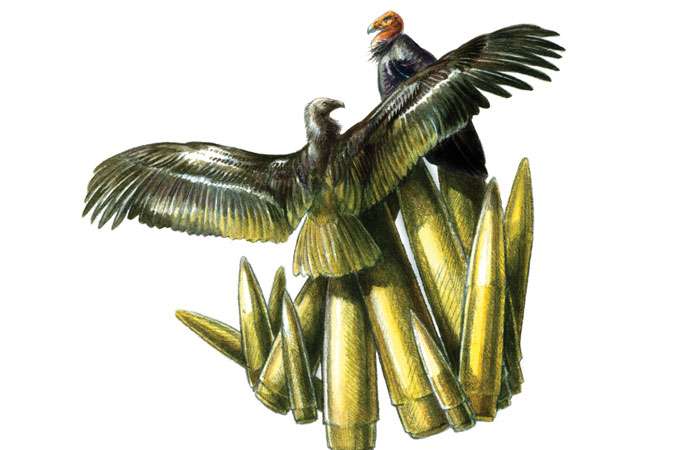 Lead bullets poison the game for everyone

When human hunters leave a carcass behind, the scavengers who pick it apart often ingest lead bullet fragments. This can cause lead poisoning in condors and other wildlife, spurring some environmental organizations to ask that hunters switch to lead-free bullets. Hunters have largely resisted those requests, but a new research finding may lead some to change their minds. It turns out lead might be a problem not just for wildlife but for humans who eat their kill.

To investigate the likelihood of lead poisoning, a research team led by W. Grainger Hunt of the Peregrine Fund had hunters kill 30 white-tailed deer. The animals were subsequently processed into steaks and ground meat. The portions found to contain bullet fragments were then fed to pigs, whose digestive tracts are similar to those of humans. As a control, a separate group of pigs was fed noncontaminated meat.

Similar blood-lead levels could lead to health problems in humans. According to the Peregrine Fund, studies suggest that as little as 2 micrograms per deciliter increases the risk of cardiovascular problems in adults and of cognitive damage in children. ❧