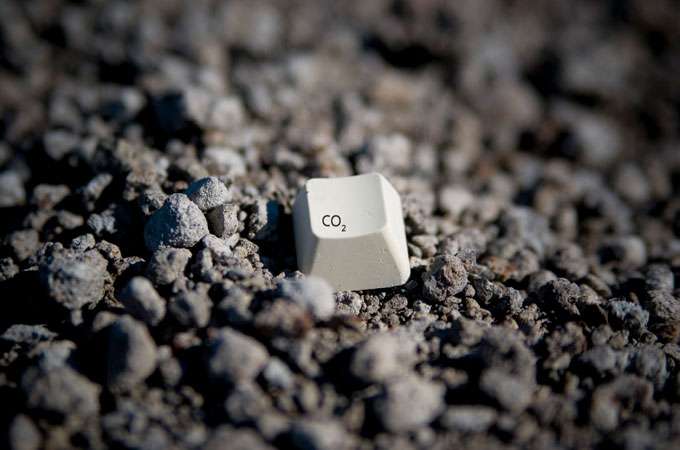 Even if scientists find a way to soak up atmospheric CO2, there remains the problem of where to put the gas once it’s captured. Some researchers have proposed storing it underground, but there’s always the chance it could leak out and wreak havoc. Now, two geochemists have come up with an alternative that they say is permanent, safe, and comparatively cheap: turn the CO2 into rock.

The idea rests on a naturally occurring reaction between CO2 and peridotite, the most common type of rock in the earth’s subsurface mantle. When the rock and gas come into contact, they form travertine, limestone, and other carbonite minerals, locking the CO2 away in a nearly permanent form.

Peter Kelemen and Jürg Matter of Columbia University propose capturing CO2 from industrial facilities before it is emitted into the atmosphere, and then injecting the gas into peridotite deposits near the earth’s surface. Their work has been focused on deposits in Oman, which they believe could be coaxed to consume upwards of 4 billion tons of CO2 each year. That’s about 10 percent of the human population’s annual carbon emissions.

Kelemen hopes to have a pilot project up and running within three or four years. If it works, scaled-up facilities could then be built in Oman or elsewhere: New Caledonia, Papua New Guinea, and Albania also have big peridotite deposits. Yet Kelemen cautions that, while such facilities could slow global warming, they would exact their own environmental price by disrupting landscapes. “Large-scale solutions to CO2 increase…are themselves going to be large-scale industrial projects,” he says. “There’s really no way around that.” ❧