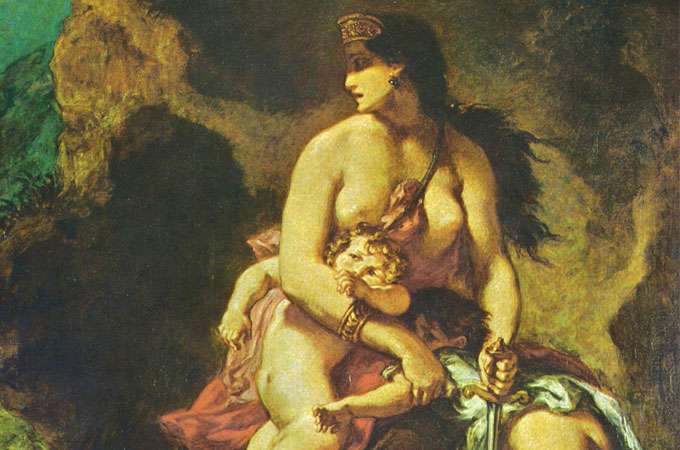 The thesis of Peter Ward’s The Medea Hypothesis is simple and provocative: Life is self-destructive.

Alluding to Medea, the mythic Greek villainess who killed her children, Ward inverts James Lovelock’s famous Gaia hypothesis. Earth is not a stable, self-regulating organism where life begets favorable conditions for furthering itself, Ward claims. It is instead a place where living organisms foster major extinctions that will culminate in planetary biocide.

To flesh out his grim vision, Ward makes the case that plant growth will continue to rapidly erode silicate rock. In turn, this rock will eventually absorb so much CO2 in the course of forming limestone that life will become impossible. But is Ward’s biogeochemical dirge any more plausible than Lovelock’s ecological kumbaya?

The conceptual backbone of Ward’s thesis is that Darwinian competition makes life a lethal process as each species struggles to consume as much and as fast as possible in outcompeting its neighbors. The evidence of this exclusively murderous tendency, however, is unconvincing. After all, life has persisted for 4 billion years—hardly indicative of a biosphere that’s hell-bent on killing itself.

On the other hand, Ward provides intriguing accounts of how organisms might have played a role in mass extinctions. Runaway biotic processes triggered by geological events are the modus operandi. For example, the “greenhouse extinctions” were started by volcanos spewing carbon dioxide, allowing particular bacteria to flourish and release hydrogen sulfide, which snuffed out other living organisms. But an accomplice can’t take the whole rap—geological processes conspired with life. Moreover, life recovered between these episodes, and Ward doesn’t explain how that occurred if evolution is self-destructive.

Ward’s case for life’s ultimate extinction via CO2 depletion relies on mathematical models. These are valuable tools, but a billion-year forecast is borderline absurd. In fact, the model that predicted the end of plant life in 100 million years was revised a decade later to yield an estimate of one billion years. Tweak another parameter, and the estimate might be 5 billion years (by which time our sun is kaput, anyway).

Ward’s arguments are fascinating but fraught with inconsistencies. For example, he contends that the Gaia hypothesis is not testable—but then provides evidence that supposedly refutes it. It seems that the Medea hypothesis is necessary—but not sufficient—to explain global ecology.

Arguing whether Ward’s or Lovelock’s hypothesis is right is like the fruitless debate of nature versus nurture. The real question is: Under what conditions are biological systems Gaian or Medean? And if life is globally self-destructive over the long haul, what are we supposed to do?
Ward criticizes environmentalism and environmental philosophy (although he muddles these enterprises and creates an outdated straw man). He dismisses going “back to nature” and advocates various technologies (e.g., limited airline travel by jet) to solve the contemporary excesses of CO2, but he offers little to stave off future shortages.  As I see it, if we solve the current problem, then humans score a point for Gaia and have a billion years to work on Medea’s hypothetical depletion.

Despite the book’s shortcomings, Ward provides a vital intellectual service. His Medea hypothesis counters the lopsided Gaian view of Mother Earth in perpetual balance, which still holds sway among much of the public, even though it’s no longer a mainstay among ecologists. However, while the Gaia-versus-Medea ecological smackdown makes for good reading, it is ultimately a false dilemma. I believe a third option is the most sensible.  Let’s call it the Janus hypothesis; perhaps the two-faced Roman is the best characterization of the nature of Nature. ❧