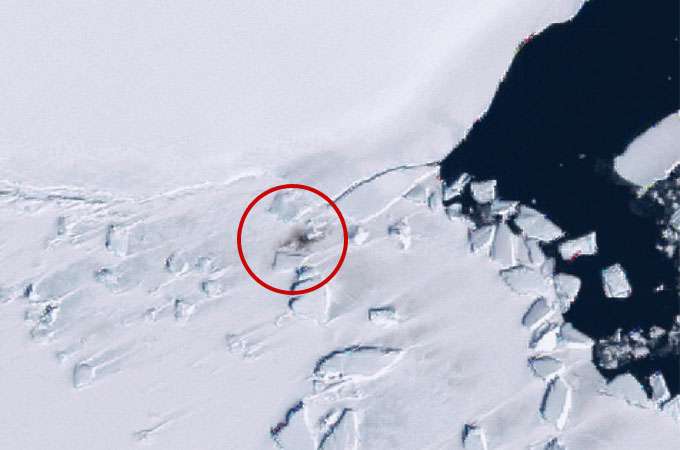 Penguins tracked down by their “mark” on the ice

Animals often mark their territory with the only thing they’ve got going for them: their poop. Now researchers are using this idea at a whole new level. They are tracking penguin colonies by following their droppings via space satellite, the brown patches blazing against sheets of pure-white ice.

Using Landsat imagery, the researchers analyzed the entire continental coastline for fecal staining, which they describe as a good marker of penguins’ turf. They identified a total of 38 penguin colonies; ten had never been known before, and six had been relocated from previous assessments. Another six colony locations—from old or unconfirmed records—could not be located.

This sort of scatological spying is good news for penguins, a species vulnerable to rising global temperatures and melting ice. Previously, scientists regularly monitored only a select few colonies because of difficulties gaining ground access. With the ability to map out penguin movements from afar, scientists will now be able to better track and hopefully conserve this iconic bird. ❧