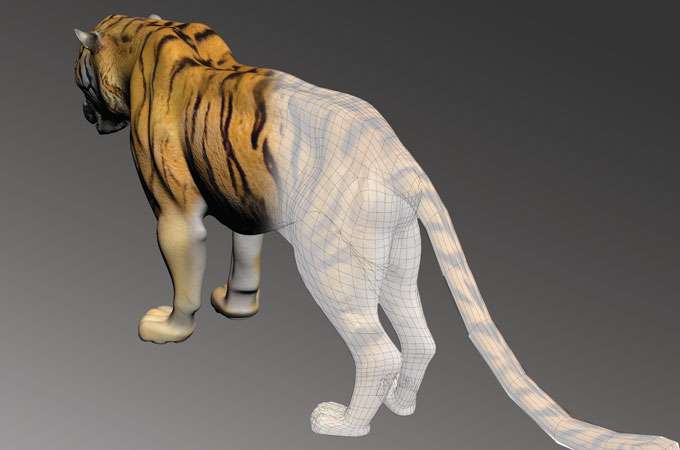 Most tigers have over 100 stripes, aligned in a unique pattern that can be as intricate—and as hard to identify—as human fingerprints. So it seems sensible that, in search of a better way to monitor tigers and the criminals who poach them, scientists have turned to technology normally used by police.

To keep track of Asian tiger populations, researchers now rely on a network of hidden cameras spread across miles of jungle. When one camera snaps a tiger photo, it kicks off a painstaking process in which researchers try to match that image with photos shot elsewhere.
A research team led by Lex Hiby of Conservation Research Ltd. has developed software that can dramatically reduce this workload. Based on the facial-recognition technology law enforcers use to pick criminals out of a crowd, the computer program electronically “pins” pictures of tigers or tiger skins on a 3-D virtual cat. The program then uses the animal’s stripe pattern to match that image with others on file.

Hiby hopes this will not only speed up census efforts but also help in the fight against poaching. When authorities seize a poached tiger skin, for instance, they could use an image of that skin to figure out which tiger was killed and where that tiger lived. ❧