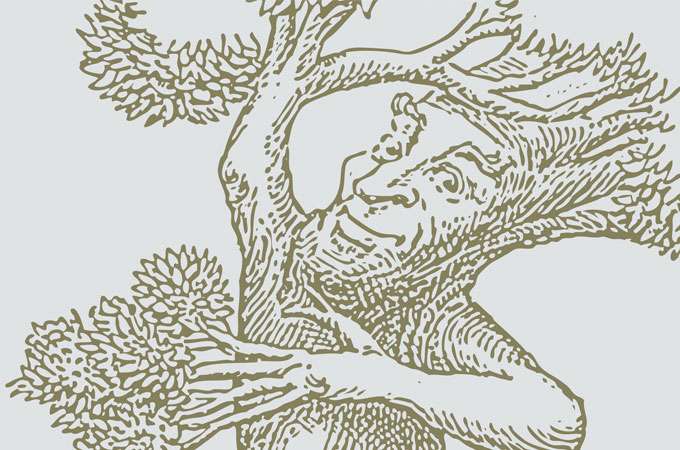 The Forest Giveth and Taketh Away

Old-growth trees absorb carbon, but increasing drought could cause them to belch it out

Tropical rainforests have for years quietly sequestered carbon, buying the world more time to pursue a global-warming solution. But how much longer these carbon sponges will chug along remains one of the biggest uncertainties in climate models. Two major studies hammer home the importance of this unanswered question.

In Nature, a 33-author team estimates that undisturbed tropical forests have absorbed nearly one-fifth of the carbon dioxide released each year from fossil-fuel burning. They analyzed tree-girth measurements collected in the African Congo for over 40 years and combined their work with previous data from South America and Asia, yielding a combined 250,000 tree records. Previously, no one had put such a firm number—4.8 billion metric tons—on the total size of the tropical forest carbon dioxide sink.

Old-growth trees have stored more carbon by generally growing larger, the authors write. But here’s the rub: A study in Science finds that increasing droughts could stunt tropical forests’ growth. In that case, greenhouse-gas concentrations could shoot up even faster than they are now.

The Science paper chronicles how, when one of the worst droughts of the last century hit the Amazon in 2005, scientists took advantage of the natural experiment. In a normal year, the Amazon forest absorbs about 2 billion metric tons of CO2. In the drought year, dying trees caused the forest to release 3 billion metric tons into the air. That 5-billion-ton net carbon belch is greater than the combined annual emissions of Europe and Japan.

Granted, this is only a one-year example. But models foretell more future dry spells for tropical rain belts. University of Leeds ecologist Simon Lewis, an author on both papers, states that no one knows how well rainforests will bounce back from a bout of drier times. And right now, he says, scientists can’t agree on how long the current tropical forest carbon sink will last–or when it will plateau or even reverse itself. ❧