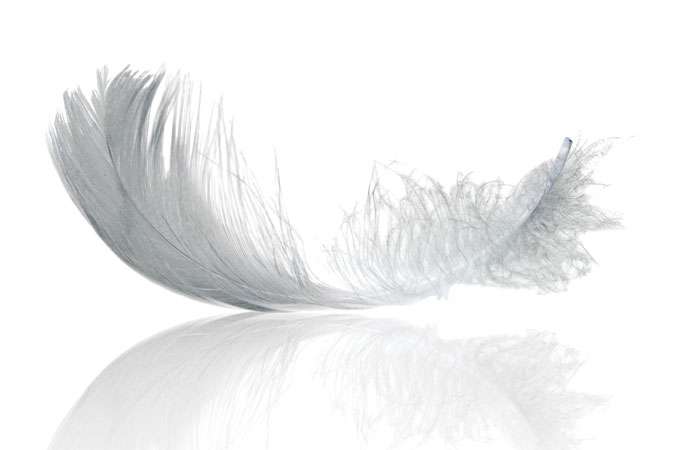 A truck with a furry coating might be an odd sight. But it’s not beyond the realm of imagination for a group of engineers at the University of Genoa, Italy, who say that fibers designed to imitate bird feathers could one day improve the efficiency of trucks, ships, and small unmanned planes.

The project began when the team came across research on the brown skua (Catharacta antarctica), an Antarctic bird. Photographs of the birds showed short, fluffy feathers popping up from its wings, and scientists suggested these feathers might improve the aerodynamics of flight.

To investigate further, the team ran computer simulations of a cylinder featuring spines that mimicked feather shafts. It turned out the spines weakened nearby air vortices, which would normally create drag, and boosted pressure behind the cylinder, pushing it forward. With the right set of spine properties, drag could be reduced by 15 percent, the team reported in the Journal of Fluid Mechanics.

The results suggest that, if added to vehicles that move in air or water, feather-like structures might lower the vehicles’ fuel consumption—and thus their carbon footprint, says lead author Julien Favier. Large planes could present challenges, cautions Favier, since they fly in turbulent conditions and at high altitudes, where ice can form on the wings. For its next test, the team hopes to add feather-mimicking spines to a plastic wing, then test it in a wind tunnel. ❧