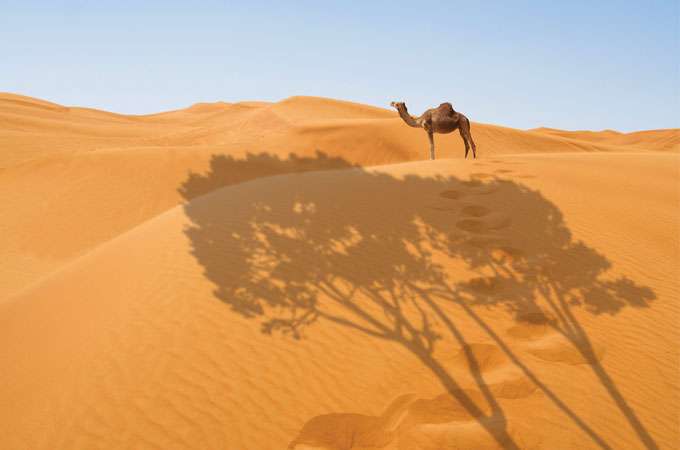 A bold new project calls for transforming vast swaths of the Sahara into a CO2-absorbing forest. Spearheaded by Leonard Ornstein, a cell biologist at the Mount Sinai School of Medicine, the plan would start by building desalination plants on the coastlines surrounding the desert. Aqueducts would carry freshwater inland to feed plantations of eucalyptus and other fast-growing trees. In a recent paper in Climatic Change, Ornstein and two colleagues suggest the trees could soak up almost enough carbon to negate all of humanity’s annual fossil-fuel emissions.

What’s more, the forests could become a carbon-neutral power source. Once the trees reach maturity, the researchers envision cutting down sections of the forest and feeding the logs into wood-fired power plants. These emissions would be offset by planting new trees. A similar plan could be enacted in the Australian outback.

The plan’s price tag could be trillions of dollars, and environmental risks include increased rainfall in surrounding areas, which could trigger locust plagues and stop the flow of iron-rich dust from the desert to the ocean.

If this sounds bleak, consider the alternative. With little progress being made toward an international climate treaty, the Sahara project’s message might be: Choose your poison. ❧
—Justin Matlick