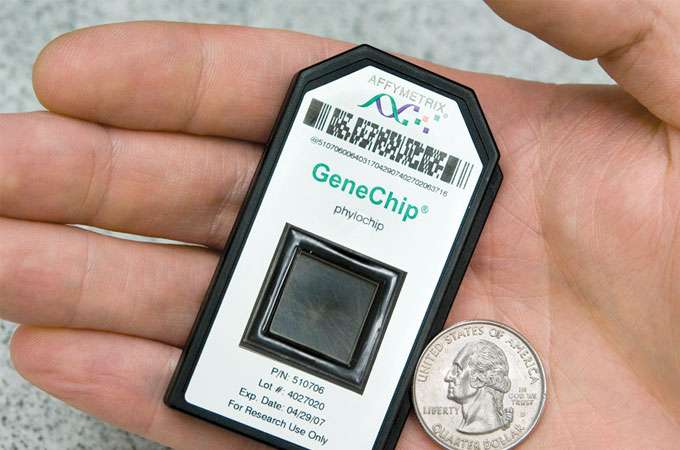 An Ounce of Prevention

After the September 11, 2001, attacks, Todd DeSantis and his colleagues at Lawrence Berkeley National Laboratory started developing a device to detect airborne pathogens released by terrorists. The technology was designed to take a quick census of microbes, allowing officials to raise an alarm if dangerous bacteria appeared. Now, the same technology could be used to assess the health of coral reefs.

Corals contain microbial communities that can undergo changes when the corals get sick. DeSantis says his team’s system could detect these changes more quickly and cheaply than other methods, offering an early warning of coral disease.

Dubbed PhyloChip, the device contains a glass slide blanketed with DNA strands from known microorganisms. In the lab, researchers apply bacterial DNA from coral samples to the slide. Sequences that match DNA on the slide will “stick” to those strands, allowing a computer program to later identify the microbes. In one study, a team at the University of California, Merced, used the PhyloChip to find 1,441 distinct microbes in a single sample, eight times more than a costlier sequencing method.

Scientists could eventually use the PhyloChip to identify corals in the early stages of illness, says study leader Shinichi Sunagawa. If the diseases are linked to sources such as agricultural runoff or tourism, managers could act to reduce those pressures before it’s too late. ❧
—Roberta Kwok