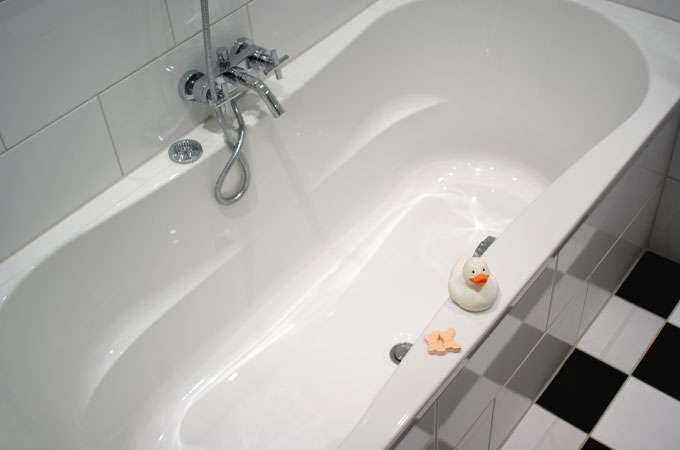 When we think of sea level, we tend to envision the water level in a bathtub—flat and uniform everywhere. In turn, we assume rising sea level is just like water in a tub with the spigot on, rising evenly along the coasts just as it does along the porcelain walls.

But the bathtub analogy is problematic. The unusual tides along the U.S. eastern seaboard—which recently ran anywhere from 15 to 60 centimeters higher than predicted—are a case in point.

Certainly the key determinant in seawater height along a coast is the amount of water in the ocean. Add more water to the ocean and sea level will rise, increasing its inland reach. But other factors come into play—wind, for example. An onshore wind pushes water inland, increasing the tides’ height. Offshore winds do just the opposite. And the effects can go way beyond tides.

Consider the so-called El Niño/Southern Oscillation (ENSO) in the South Pacific. Periodic shifts in Pacific wind patterns contribute to a sloshing back and forth of the entire ocean basin. Here, the bathtub analogy works: think of water sloshing in a tub.  The ocean water moves in one direction during El Niño and piles up along the South American coast; it sloshes in the other direction during La Niña. The shifts from El Niño to La Niña have far-reaching effects, influencing rainfall patterns and temperatures around the globe.

It has been speculated that the anomalous U.S. tides are related to a similar phenomenon called the North Atlantic Oscillation (NAO). During the NAO’s positive phase, there is a large difference between high pressure over the Atlantic in the subtropics and low pressure in the polar regions. As the pressure difference between those regions increases and decreases, air sloshes to the north and then to the south, and the westerly winds over the ocean intensify and weaken.

Is the NAO responsible for the high tides along the East Coast? Maybe. A more interesting question is whether whatever is causing the tidal anomalies also contributed to the unusually cool summer weather in the eastern U.S.

Regardless, the unusual tides provide a lesson for preparing for global warming. In 2007, the Intergovernmental Panel on Climate Change predicted that sea levels will rise an average of 18 to 58 centimeters by the end of the century without fully accounting for ice sheet melting. More recent estimates incorporating an ice-sheet thaw tend to predict larger rises—at the upper end of the range, nearly a meter or more by 2100.

But like the anomalous high tides in the U.S., the sea level increase will not necessarily be uniform around the globe, because global warming will also cause changes in atmospheric circulation.

That means changes in winds and thus potential tidal changes. In fact, climate models predict that the northeastern coast of the United States will experience a particularly large rise in sea levels. Two recent papers estimate that the Northeast coast might see an additional rise of about 20 centimeters or 30–50 centimeters on top of the global average. And if all this has you confused, try experimenting in the bathtub. ❧

William L. Chameides is Dean of Duke University’s Nicholas School of the Environment. He blogs regularly at www.theGreenGrok.com.