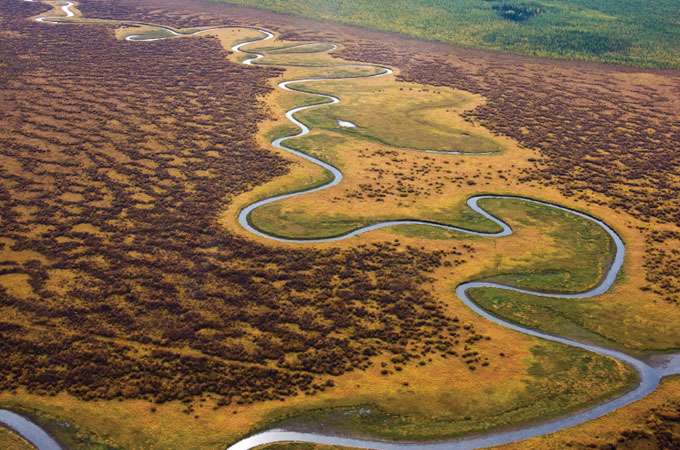 Scientists have figured out how to make a river meander in the lab, according to a report in Proceedings of the National Academy of Sciences. The research could help determine the best strategies for stream restoration.

The team carved an artificial streambed with one bend into a 17-meter-long basin filled with sand. They planted alfalfa sprouts on the sides to strengthen the banks, then ran water through the channel for 136 hours. By the end, the river had developed five bends and appeared to function like a naturally meandering stream.

One key element was the use of sand to plug small channels along the sides of the river, the authors say. This goes against a common practice in stream-restoration projects, which often aim to eliminate fine sediment. Maintaining stream-bank strength with vegetation was also critical.

Now that scientists have a working lab version of a meandering river, they can test different stream restoration techniques and build computational models of the process, says lead author Christian Braudrick of the University of California, Berkeley. Researchers could then use the models to predict how streams will change over the course of decades, rather than over just a few years. ❧
—Roberta Kwok

Braudrick, C. 2009. Experimental evidence for the conditions necessary to sustain meandering in coarse-bedded rivers. Proceedings of the National Academy of Sciences 106:16936-16941.