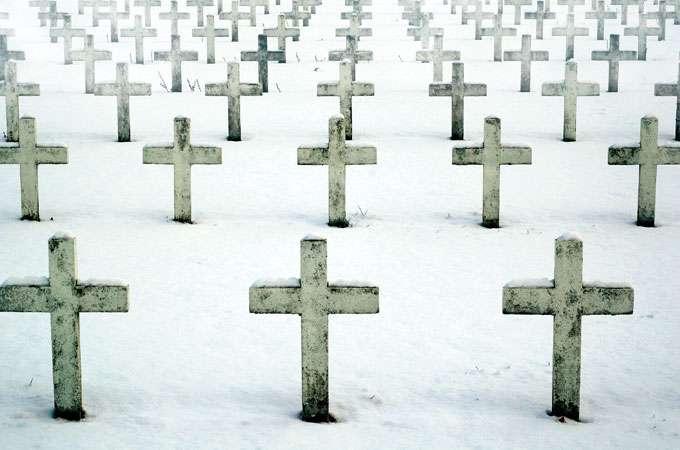 In the Cold of Battle

Wars in Europe are linked to cooler periods

In awarding the 2009 Nobel Peace Prize to U.S. President Barack Obama, the Nobel committee noted his efforts to meet the challenge of climate change. Climate change could trigger mass migrations and higher competition for resources, leading to “increased danger of violent conflicts and wars,” the committee wrote. But two scientists argue in Climatic Change that the link between climate change and war has not been adequately quantified.

The team analyzed historical records of violent conflicts in Europe over the past thousand years, as well as temperature and precipitation data and climate reconstructions. They found that pre-industrial wars were actually correlated with colder periods, echoing a 2006 study that revealed a similar pattern in China.

Those early conflicts might have been fueled by poor harvests, the authors speculate. As Europe became industrialized and agricultural techniques improved, the link between temperature and war weakened considerably. Global warming is therefore unlikely to increase violent conflicts in Europe, the team says, but the pattern could be different in the tropics. “It does not follow that a warmer future would be more peaceful,” they write. ❧
—Roberta Kwok