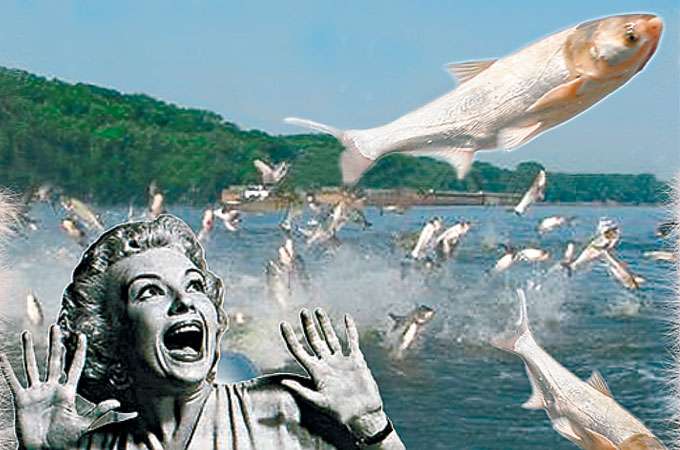 Invasion of the Flying Fish

In a deft act of ecological ju-jitsu, Illi-nois researchers are testing a system that could stop one of the world’s most dominant invasive species: Asian carp.

The fish are wreaking environmental havoc across the American Midwest, in part by gobbling up plankton at the base of the food chain. To halt the invasion, wildlife managers have tried everything from mass harvests to electric currents. But with the carp on the verge of entering Lake Michigan, the new system—a wall of “noisy bubbles” that uses the carps’ exceptional hearing against them—may be one of the last best hopes to end their relentless march.

Here’s how the system works. A rubber pipe is stretched across a riverbed, where it emits a curtain of tiny air bubbles. At the same time, sound amplifiers blast high-frequency chirps into the bubbles, which concentrate the noise. The chirps are too high for native species to hear but are well within the carps’ range. In early trials, 95 percent of the carp that approached the curtain turned back. But native species swam right on through.

A comprehensive test is now under way on the Illinois River at a biological station run by the University of Illinois. If the system proves successful, researchers envision using it to herd carp into pens or dead-end tributaries. ❧
—Justin Matlick

image courtesy of The Muskegon Chronicle