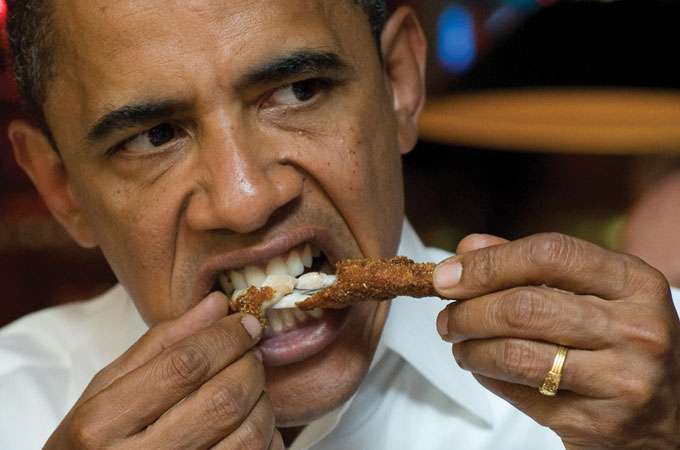 The not-so-healthy appetite for frog legs

Overharvesting has long been considered a contributor to frog declines, but no one had ever quantified the harvest. Now, researchers have used 20 years of United Nations statistics to find that roughly 8,000 to 10,000 metric tons of frogs’ legs are traded internationally each year. Add in estimates of those eaten in the countries where they’re caught, and the research team thinks as many as 1 billion wild frogs are harvested annually, a great many of them in Indonesia and Vietnam.

Overall, the biggest frog importers are France, the U.S. (where they’re a Cajun specialty), Belgium, and Luxembourg. Such importing nations started out with local, seasonal harvests of native species; when those declined, they began importing. In the 1970s and 1980s, India, Bangladesh, and Pakistan were the biggest suppliers. As frog populations there dropped, Indonesia and other Asian nations stepped in. Now Ecuador and Brazil appear to be developing export markets, too. Led by Ian Warkentin of Canada’s Memorial University, the research team fears a disheartening parallel to the fishing industry, notorious for depleting one stock and then moving on to tap out another.

Still, a lack of data on what species are in trade or exactly where they come from prevents the researchers from being certain any given frog harvest is unsustainable. (One problem: frogs are usually skinned before shipping, which confounds identification.) As important first steps, the scientists recommend gathering better population data and tracking and certifying frog legs that enter the global market. ❧
—Rebecca Kessler