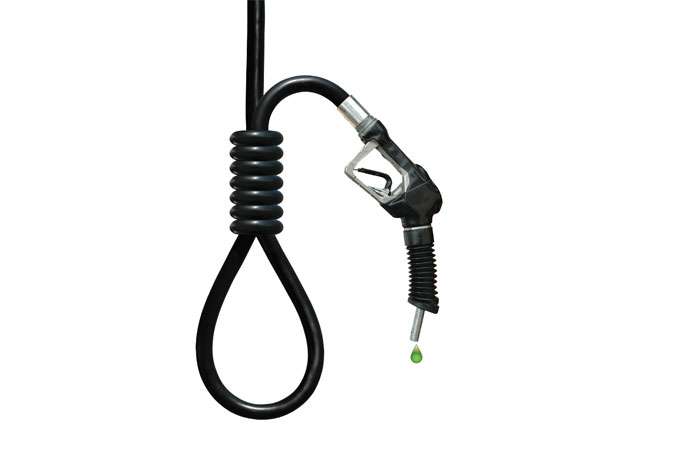 Meeting U.S. goals for biofuel production will increase nutrient runoff to the Gulf of Mexico, making it more difficult to reduce the size of the gulf’s “dead zone.”

U.S. energy policy dictates that 36 billion gallons of renewable fuel must be produced annually by 2022. But a task force led by the Environmental Protection Agency is also aiming to shrink the Gulf of Mexico’s hypoxic zone, a low-oxygen area that can reach 14,600 square kilometers. Excess nitrate from agricultural runoff is thought to play a large role in hypoxic zone formation, which continuously kills and disrupts marine life.

In a study published in Environmental Science & Technology, researchers calculated the nitrate output of various crop combinations that could be used to meet the U.S. biofuels mandate. Relying on crops such as switch grass, rather than corn, for cellulosic ethanol would cut nitrate output by 20 percent, they found. But that still wouldn’t be enough to reach the EPA’s goal of reducing the hypoxic zone to 5,000 square kilometers by 2015, the team concluded.

To meet that target, the U.S. will need to undertake an “aggressive nutrient management strategy,” they say. Possible solutions could include constructing wetlands or building buffer zones to intercept runoff. ❧
—Roberta Kwok