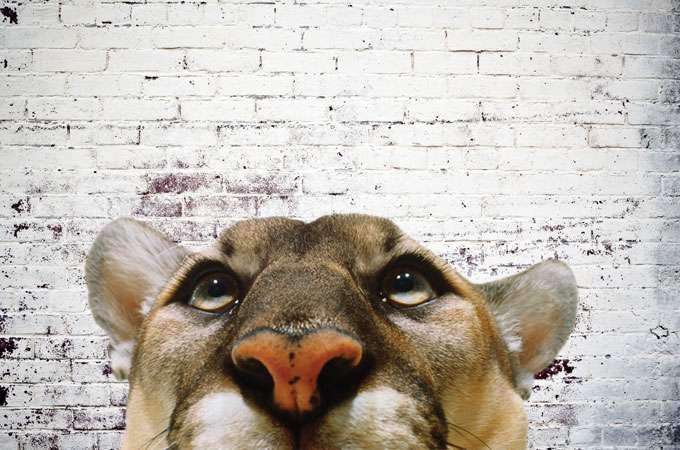 No Country for Old Cougars

When Bron the cougar got old enough to live on his own, he faced the same threat as all male cougars: His father essentially told him to find his own turf—or else. Rather than risk getting killed by his territorial dad, Bron (a nickname given by the researchers who tracked him) set out from his home near Cle Elum, Washington, in search of a place of his own. This was no easy task in an era when much of the prime habitat is occupied by people or other cougars.

As this chart of Bron’s travels shows, he first wandered more than 160 kilometers south, following the crest of the Cascade Range and stopping periodically to feed on deer. Ending up near the Oregon border, Bron apparently didn’t like the open country where he found himself, because he turned around and headed back toward a more-heavily forested area southeast of Mount St. Helens.

Bron was still too young to compete with an older male, but he found a small home range where he could hide out and wait for a larger territory to open up, says Gary Koehler, a research scientist at the Washington Department of Fish and Wildlife who has studied Bron and other cougars in partnership with Wielgus and his students. Bron never made it to adulthood, though. Less than five months after the cat settled in his new home, a hunter shot Bron and turned in his GPS collar, which contained a record of the cat’s journey. ❧ 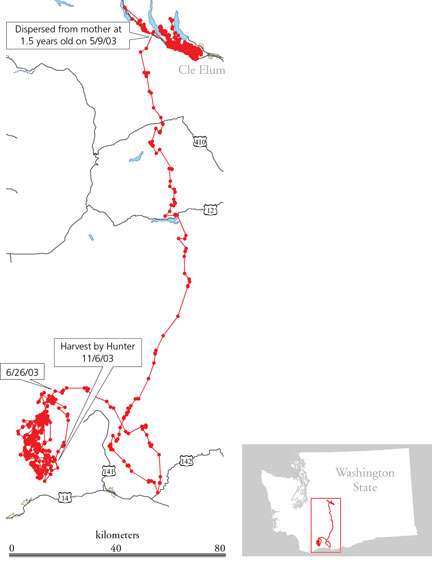