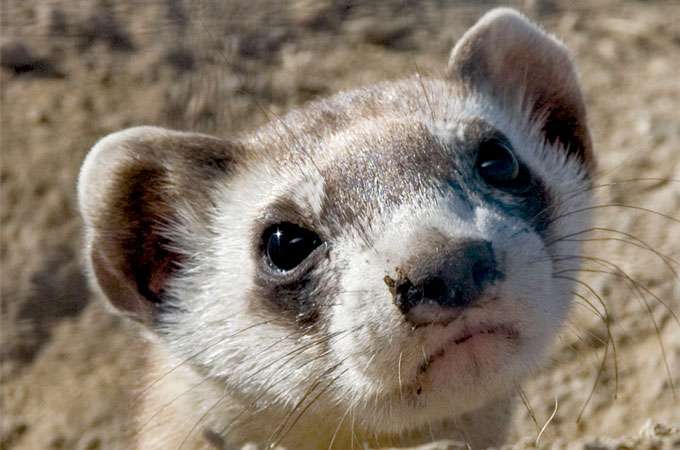 You’ll have to forgive prairie dogs if they feel like sitting ducks. For starters, the burrowing rodents face an epidemic of sylvatic plague, a disease sparked by the same bacteria as the “black death” that ravaged Europe in the middle ages. What’s more, the researchers behind a new vaccine don’t have the prairie dogs’ best interests at heart: their real goal is to ensure that black-footed ferrets, who dine on prairie dogs after invading their burrows, have a steady supply of healthy food.

To combat the plague, which can wipe out 90 percent of prairie dogs once it infects a colony, a team led by Tonie Rocke of the National Wildlife Health Center in Madison, Wisconsin, has genetically modified a raccoon poxvirus. The poxvirus has been used to control rabies in red foxes and raccoons, and now wild prairie dogs will be coaxed to eat the vaccine. (In lab tests, researchers used sweet-potato gelatin as bait.) But unlike past vaccination projects, this one doesn’t target the most-endangered animal.

Only a few hundred black-footed ferrets survive in the wild, and while this marks steady progress since the population reached a low of 18 in the mid-1980s, the comeback is precarious. The reason: Prairie dogs are key to the ferrets’ diet—a single ferret may eat as many as 100 prairie dogs a year—but some prairie dog species are endangered, their habitat is threatened, and the plague is making things only worse. ❧
—Amy Mayer