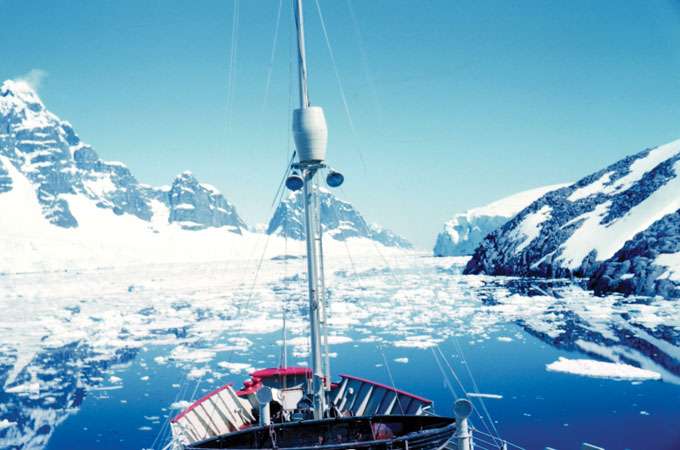 The loss of ice shelves and glaciers in parts of Antarctica has exposed thousands of square kilometers of water, opening up new habitat for plant and animal communities that could act as carbon sinks, according to a paper in Global Change Biology.

Many climate-change studies have focused on “positive” feedback loops: the worse things are, the worse they’ll get. For instance, the melting of sea ice due to global warming will cause the Earth to reflect less light, heating up the planet even more. Climate change is also predicted to reduce forest area, leaving fewer trees to remove carbon dioxide from the atmosphere.

The new paper views climate change through a different lens: the authors studied how sea-ice loss might actually counteract global warming. Using historical data, photographs, and satellite images, they calculated that the Antarctic Peninsula had lost 23,900 square kilometers of sea ice and coastal glacier cover during the past half-century. The exposure of underlying waters has enabled the formation of phytoplankton, zooplankton, and seabed animal communities—which could contain 910,000 metric tons of carbon, the team estimates.

Those plants and animals hold about as much carbon as 6,000 to 17,000 hectares of tropical rainforest, the authors say. As Antarctic ice continues to retreat over thousands of years, they predict, new marine life could fix more than 50 metric megatons of carbon per year. ❧
—Roberta Kwok