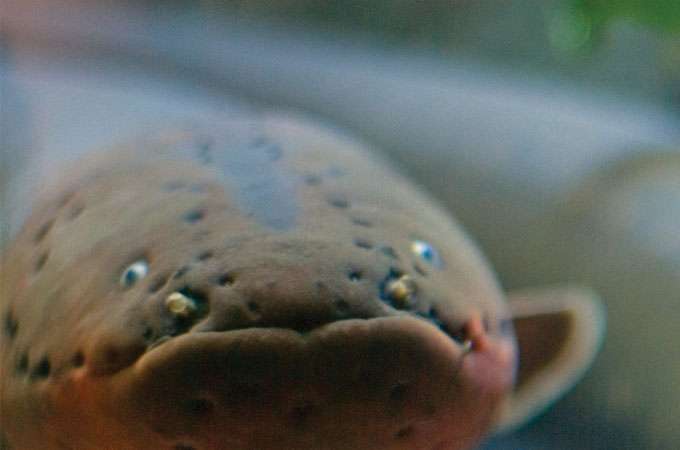 In December 2007, a Japanese aquarium hooked up the lights on a Christmas tree to a tank containing an electric eel. Metal plates at the ends of the tank collected the electricity the fish generated, which was used to power the bulbs. It was certainly effective as a publicity stunt. Now some researchers in America have developed a battery that generates electricity in a similar way.

The mechanism allowing Electrophorus electricus to produce a shock as strong as a wall socket employs differences in the concentration of sodium ions, which are spread across some 6,000 specialized cells called electrocytes. Normally, these cells are electrically isolated from one another. When the eel locates its prey, it opens cellular gates through which the ions can flow. This movement of charged ions creates an electric current.

David LaVan of the National Institute of Standards and Technology and his colleagues wanted to study the operation of living cell membranes and their proteins. They began by experimenting on artificial “protocells” surrounded by membranes made of fatty molecules. Proteins “floating” in the membranes would let only certain ions pass. Using this system, the researchers realized they might be able to copy the eel’s electricity-generation mechanism.

The team fused two protocells, then added a dilute concentration of potassium chloride to one protocell and a more-concentrated solution to the other. To help ions move from the less-concentrated protocell to the more-concentrated one, LaVan’s team installed a protein—called alpha-hemolysin—into the protocell membrane. This functioned as a selective bridge, permitting the passage of positively charged sodium ions but not negatively charged chloride ions. As the selected ions moved in one direction, electrons (which are negatively charged) flowed in the opposite direction. To make use of this electrical current, the team connected tiny electrodes to the protocells.

They report in Advanced Materials that they were able to sustain a usable current and that adding more protocells would increase battery life. LaVan calculates that two of his protocells, measuring several centimeters across, could run a portable MP3 player for about ten hours. A novel Christmas present, perhaps? ❧