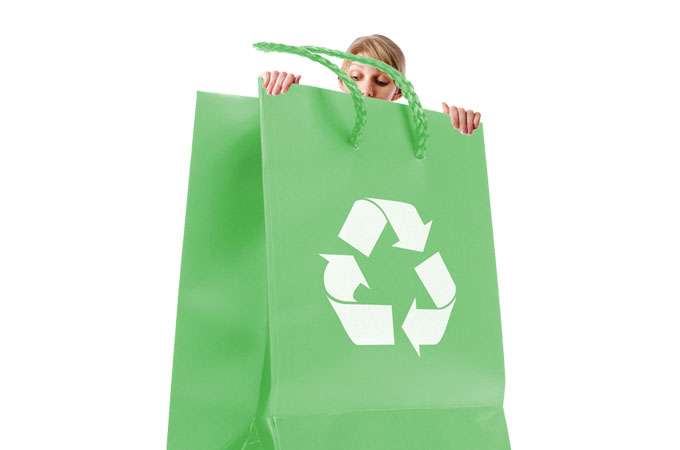 The dark side of green consumerism

Do you feel a little better about yourself when you opt for the organic yogurt, recycled paper towels, and compact fluorescent light bulbs at the store? If so, you may be surprised to learn that buying environmentally friendly products might make you more likely to engage in unethical behavior.

Research done in the past decade shows that people who give themselves credit for recent good deeds may feel they have a “moral license” to behave more selfishly afterward. A churchgoer who has just been to confession, for example, may put less money into the offering plate. Nina Mazar and Chen-Bo Zhong, both assistant professors at the University of Toronto, wondered whether moral license might also apply to “green” consumer choices.

In a paper soon to be published in Psychological Science, they report that purchasing green products can make people more selfish and more likely to steal. To reach this conclusion, Mazar and Zhong conducted three experiments with student volunteers.

In the third experiment, the students played a computer game that tempted them to earn money by cheating. The green consumers were more likely to cheat than the conventional purchasers, and they stole more money when asked to withdraw their winnings from envelopes on their desks.

Green marketers have long trumpeted the notion that, when consumers make small steps toward sustainability, this will lead to bigger, more meaningful steps in the future. But the notion of moral license suggests that making virtuous purchases may actually reduce motivation for self-improvement. Mazar and Zhong now plan to test whether this also applies to recycling and other green behavior.

Zhong says the new research doesn’t mean that people shouldn’t buy green products or that green consumerism can’t be a force for good. What matters, he says, is why people make green choices: if you do it because you believe it’s more ethical, you may give yourself a free pass at the next ethical crossroads. “If you moralize certain activities, that can backfire,” he says. Being aware of this moral-license effect can help people avoid it, Zhong says. He encourages consumers to view green buying as the least they can do, and to make it a habit rather than a special achievement. ❧
—Dawn Stover