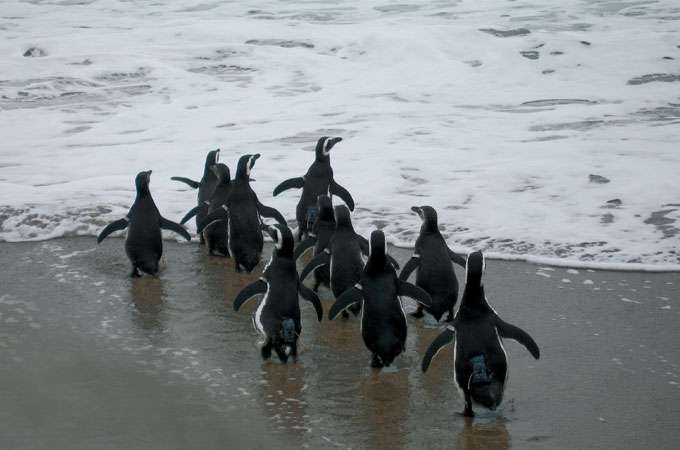 The Patagonian Sea is one of the earth’s richest marine areas. Spanning 3 million square kilometers, it’s also so vast that conservationists have struggled to develop a comprehensive scheme to protect its denizens. Now, researchers from the Wildlife Conservation Society and BirdLife International have developed a breakthrough tool: a cutting-edge atlas that could be a blueprint for mapping new marine reserves.

The atlas was developed with help from an unlikely—if obvious—source: scores of tracker-outfitted sea creatures. The animals hailed from 16 species including penguins, southern elephant seals (Mirounga leonine), and several species of albatross. All told, they produced 280,000 individual data uplinks as they swam, nested, and fed—allowing researchers to compile what they say are the most-accurate maps of the area ever assembled.

The maps detail locations of deep-sea feeding grounds as well as migratory corridors covering hundreds of kilometers. As ship traffic, development, and fishing encroach upon these areas, conservationists envision using the atlas to develop a new network of wildlife reserves and corridors. It could also help policymakers manage fisheries and change shipping lanes, routing traffic away from critical areas.
—Justin Matlick