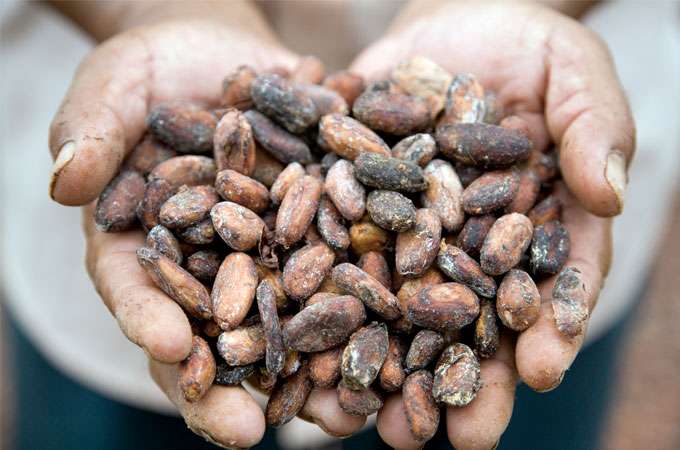 Not so Sweet Deal

The marriage between chocolate and conservation might be more bitter than sweet. For years, conservationists have chased after the goal of making shade-grown cacao farms a win-win for business, poor farmers, and the environment. But a new study in Conservation Letters explains how economic boom-bust cycles have gotten in the way.

Led by Yann Clough of the University of Göttingen, Germany, the researchers chronicle how most new cacao plantations are planted in thinned tropical forests, where shade and fertile soils initially allow the plants—and biodiversity—to flourish. But a problem arises when the cacao plants mature. Once the plants form a canopy of their own, farmers almost invariably cut down the other tree species in their midst. In the short term, the cacao flourishes in the direct sun, causing yields and profits to spike upward. Then a downward slide begins.

Over time, the increased sun stresses the cacao plants and opens the door to new pests and diseases. Farmers fight these with increased amounts of fertilizer and pesticide. Yet these provide little defense. Crops are decimated. Yields become unpredictable. Profits plummet.

At that point, the farmers typically abandon cacao. In Brazil, struggling cacao crops were razed in favor of full-sun coffee. In Malaysia, cacao gave way to oil palms. In other words: tropical areas that once housed functional forests are ultimately replaced by traditional agriculture. Making matters worse, the demand for cacao is shifted to other parts of the world, opening new farming frontiers where the boom-bust cycle takes place once again.

The authors point out that sustainable cacao remains theoretically possible, perhaps through schemes that pay farmers to keep their shade trees. But the reality to date underscores an old adage: if it sounds too good to be true, it probably is. ❧
—Justin Matlick