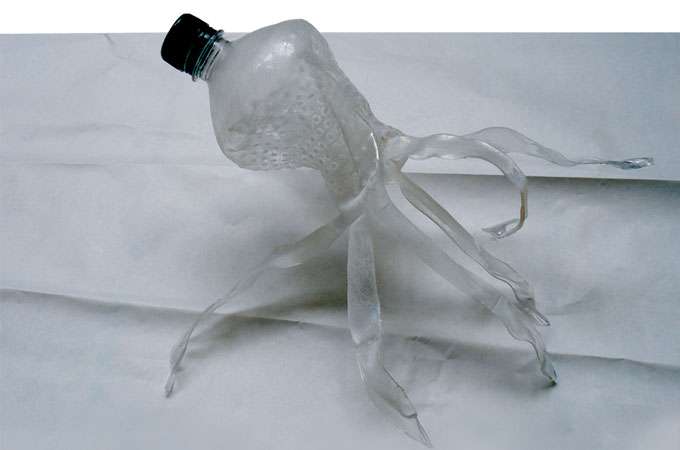 In August 2009, scientists from the Scripps Institution of Oceanography set sail on an unprecedented research mission. Their goal: start unraveling plastic’s impact on ocean ecology.

The research team headed west from San Diego to the North Pacific garbage patch, where they encountered a surprise. Based on previous reports, the scientists had expected to find an ocean blanketed in large pieces of floating trash. Instead, they saw “a soup of small particles,” according to James Leichter, associate professor at Scripps.

These particles were about the same size as plankton, underscoring how easily they can be consumed by marine species and raising an ominous question: is ocean plastic creating a way for toxins to enter the food chain? The Scripps team is mulling how to investigate this, perhaps by studying whether plastics leach chemicals as they age, then testing marine species for these compounds.

The researchers are also looking into whether trash might transport invasive species. The garbage patch is littered with what Leichter called “floating ecosystems”—abandoned fishing nets and other large objects teeming with organisms such as crabs and barnacles. To determine whether species are being carried to new habitat, Leichter envisions recording which animals live on particular trash islands, then tracking those islands with satellite tags.

Even as the researchers pursue these projects, the most-important goal might be to figure out how to stop plastic from ever entering the sea. “Even if you could clean this material up, you still need to understand the sources,” Leichter said. “Otherwise, you’ll just have it right out there again.” ❧