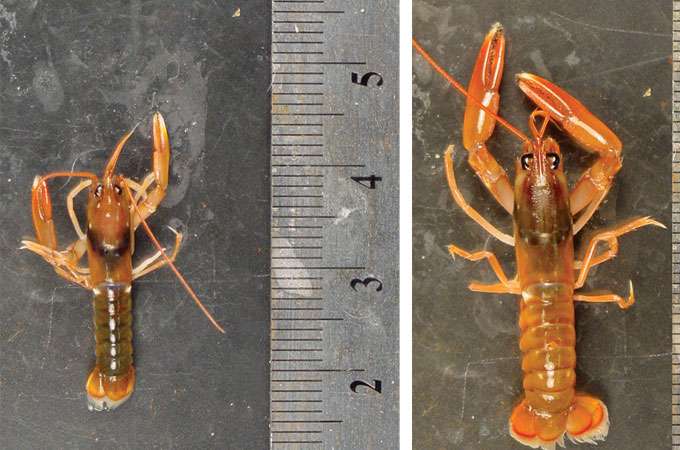 It is widely feared that ocean acidification—caused by rising atmospheric CO2—will weaken the shells of marine organisms. But a new experiment shows that certain species actually increase their shell production under these seemingly harsh conditions.

The latter group may be able to convert bicarbonate, which forms after CO2 dissolves in the ocean, into the carbonate needed for shell building, the authors suggest. And carbon dioxide may boost some organisms’ photosynthesis, giving them more energy to carry out the necessary chemical transformations.

But it’s too early to conclude that these hardier species will do better overall as the world’s carbon dioxide levels go up, the authors say. For instance, spending more energy on shell building could take away from other functions such as reproduction. And a predator that does well in acidified waters could still suffer if its thin-shelled prey goes under. ❧
—Roberta Kwok

Photo courtesy of Justin B. Ries