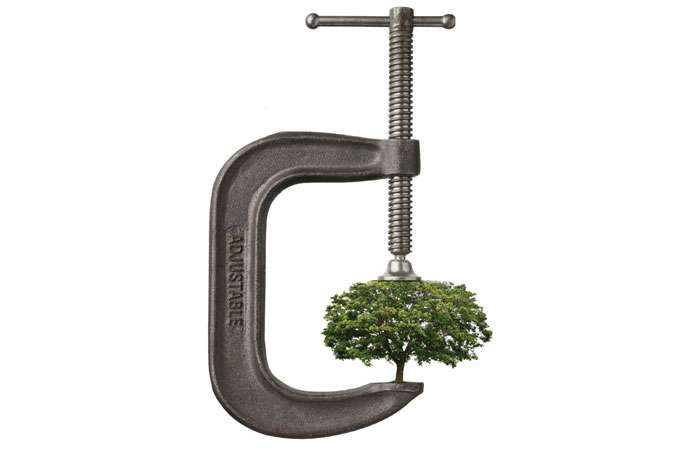 As global warming lengthens the growing season for many ecosystems, trees may suck more carbon dioxide out of the atmosphere—or so some have hoped. A study of a subalpine forest, however, shows that the exact opposite can happen.

Researchers studied nine years of data on a Colorado forest composed mainly of pine, fir, and spruce. During the years with the longest growing seasons, the trees actually took up the least carbon dioxide, they found. The reason, it appears, is that longer growing seasons were caused by shallower winter snow pack, and trees depended heavily on water from snow melt to support photosynthesis.

The results, reported in Global Change Biology, don’t apply to all ecosystems. For instance, other research has suggested that boreal forests do increase their carbon uptake with longer growing seasons. But the study doesn’t bode well for the mountainous western U.S., where snow pack has been decreasing. Climate change is expected to reduce snow pack even more, the authors say, and may weaken this natural carbon sink. ❧
—Roberta Kwok