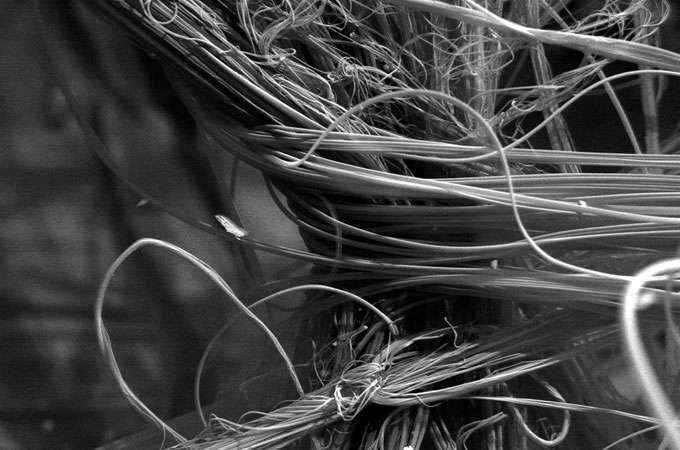 Scientists have always known spider silk is strong. But strong enough to lift an SUV and hold it in the air?

Researchers at the University of Akron think so and are making intriguing discoveries about how spider silk could revolutionize everything from manufacturing to medicine. Their core finding: by adding or removing moisture to dragline silk—an exceptionally strong silk used to build a spider web’s spokes—scientists can make it contract and expand like a human muscle.

To reach this conclusion, a research team led by Todd Blackledge attached tiny weights to silk strands and placed them into a controlled chamber. By adjusting the chamber’s humidity, the researchers caused the silk to raise the weights, hold them in midair, and lower them back down.

A single strand of silk, thinner than a human hair, can lift 100 milligrams—about the weight of a toothpick. Now imagine a future where robots use bundles of silk to maneuver enormous loads. A rope just two centimeters thick, for example, could theoretically hoist an SUV.

This could mean big energy savings in warehouses and other industrial venues—unlike electromagnets, the strands don’t need a constant stream of energy to hold something aloft. ❧
—Amy Mayer

image: Courtesy of the Robert D. Ogg Electron Microscope Lab at the University of California, Berkeley