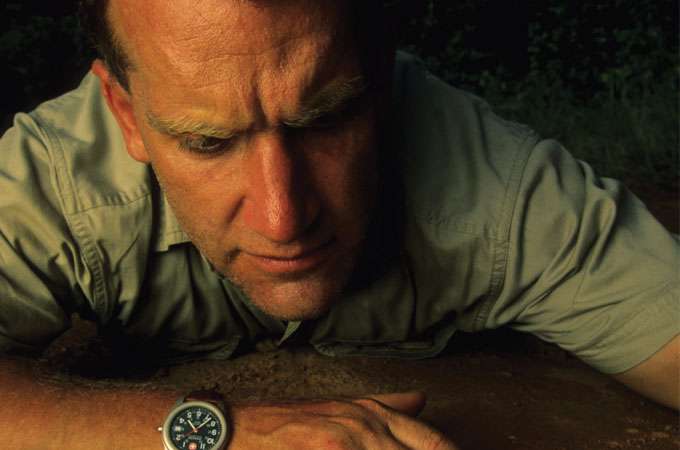 It’s December 2004, and I am back in Myitkyina, the capital of the Kachin State in Myanmar. As I drive through the gates onto the manicured grounds of the Town Hall, I am aware that the next few hours will help determine the success or failure of the tiger reserve that has been five years in the making. I have arrived two hours early, and I pace outside the building like an expectant father as the more than one hundred invitees to this two-day workshop on community involvement in the Hukawng Valley Tiger Reserve start to trickle in.

My stomach is in knots. After months of planning, countless hours of meetings with Myanmar government officials, and dozens of lectures and dinners to raise money for the new tiger reserve, all I dwell on right now is the possibility of failure.

Apart from a brief speech I give as part of the opening ceremony and a slide show about our camera-trapping efforts, Wildlife Conservation Society (WCS) stays in the background. Khin Maung Zaw, director of wildlife at Myanmar’s Forest Department, faci-litates the workshop, calling various speakers to the podium, each representing a different authority, ethnic community, or interest group in the valley. By the end of the first day, many attendees express surprise at being encouraged to speak so openly and freely at such an official forum. No one remembers a meeting like this ever taking place before.

In the longest-lasting military dictatorship in the world, where unsanctioned gatherings are illegal, where ethnic rivalries are still prominent, and where there is still organized insurgency among the Naga and Kachin, we manage to create a “happening.” Representatives of the Naga, the Lisu, the Bamah, the Shan, and the Kachin sit beside military officers, local police, township and district authorities, forestry officials, and businessmen. Speeches are given by the personal assistant to the northern commander, the chief of police of the Kachin State, the director of wildlife for the Forest Department, a Naga headman, and a Lisu hunter. The importance of the area is discussed along with the needs of the people. Everyone is being constructive. Over and over again the issues of human livelihood, food security, and better lives for the children are emphasized.

On the second and last day of the workshop, we split everyone into working groups according to appropriate ranks and class structure. All groups are given maps of the Hukawng Valley, easels with blank paper, and markers, and asked to address the same questions: Do you approve of the idea of the tiger reserve? If not, what should happen to the land? If so, what purpose should the reserve serve for the people who live there? Apart from the existing wildlife sanctuary and the wildlife corridors, how should the valley be zoned or divided up? What do you view as the biggest problems or issues right now in the valley? We ask each group to reach a consensus by lunchtime. In the afternoon, we will compare and discuss everyone’s opinions.

I wander from group to group, staying in the shadows, understanding nothing of what is being said but watching in amazement at the dynamics taking place. The deputy chairman of the Kachin Independence Organization (KIO) is flanked on one side by a high-ranking military officer of the Northern Command and on the other by the director of wildlife for the Forest Department. None of these men from opposing sides have ever met before today. At some point in their lives, they might have been shooting at one another. Now all of them point at the map, draw lines with markers, discuss their ideas, and then redraw the lines.

Zaung Hkra, deputy chairman of the KIO Central Committee, appears animated and energized. I see him nod, then smile. The other KIO officials are split among different groups, all engaging in the same way. Clearly these men approve of what they’ve heard and seen up until now.

No one takes the scheduled coffee break, so we start serving beverages at the tables. Then lunch is put off at the request of the participants, who ask to extend the noon deadline to 2 p.m. Than Myint, coordinator of WCS’s Myanmar program, is taking notes as he moves among the various groups, listening to what is being said. I ask him for the highlights. Many of the ethnic groups are not happy with the rapid and widespread destruction of the forest and wildlife resources brought about as a result of the gold mines, he tells me. But they have little say in the matter, since the mining concessions are out of their control, as are the resources in their own backyard. Permits for fishing rights, tree cutting, sawmill operations, rattan collection, and gold-mining concessions throughout much of the valley are controlled by the Tanai Township authorities. Farther inside the forest, resource extraction and gold mines are controlled by the Kachin Independent Army (KIA). This is the first I learn of the system.

The afternoon stretches into early evening before each group has finished presenting its responses to the questions. There is active audience participation throughout the whole session. Now everyone has something to say. A local Kachin teacher translates for me. But I need no translation to understand something else I see happening around me: the animals and conservation can do more to bring together disparate cultures, ideologies, and social classes than any political oratory, pounding of fists, or aggressive actions by individuals or between nations. In the end there is unanimous consensus that the tiger reserve is, in principle, a good thing and could be of benefit to all. ❧