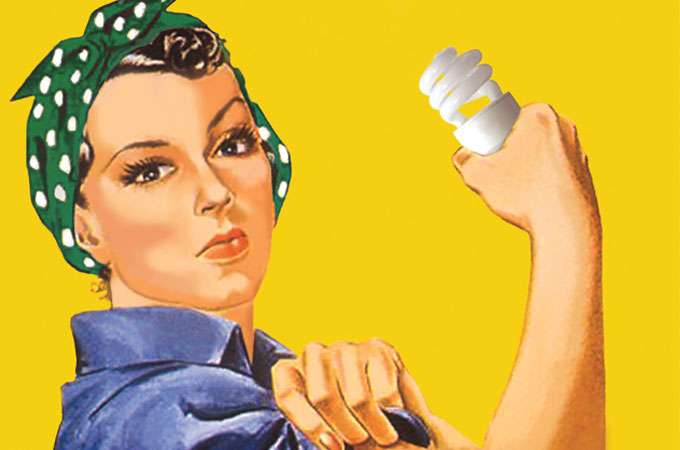 Change Does Begin At Home

One problem environmentalists face is the widespread presumption that individual or household behavior doesn’t matter. So finally, some smart people—led by Thomas Dietz of Michigan State University—did everyone a favor and ran the numbers. And it turns out that, while consumers can’t stop global warming on their own, they can have a measureable impact.

The researchers found that, by taking 17 steps that would result in “little or no reduction in household well-being,” U.S. consumers could reduce the country’s greenhouse-gas emissions by more than seven percent.

Now, that seven-percent estimate doesn’t even assume that everyone in the U.S. would start taking these steps. Rather, the research team assumed a certain “plasticity” for each action. For example, they figured that 90 percent of the population could be cajoled into weatherizing their homes, while 80 percent would install low-flow showerheads and efficient water heaters. But only about 15 percent could be talked into carpooling.

Even at that, we’re still looking at reducing U.S. emissions by one-thirteenth, which is nothing to sneeze at.

Contrary to some perceptions, the researchers say, there’s no evidence that people who take these steps excuse themselves from larger burdens. There hasn’t been much empirical data on that question, but existing evidence suggests just the opposite—that as a person begins to feel good about one set of small actions to help the planet, he or she is likely to start considering larger and bolder steps. ❧
—Robert McClure