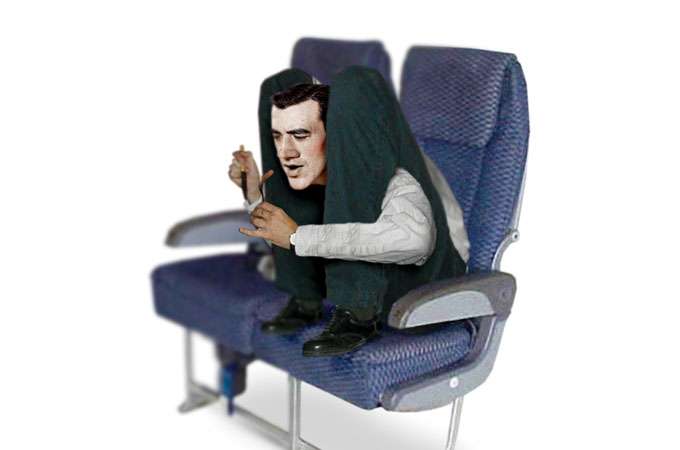 Forgive Me, Planet, for I Have Flown—Frequently

The other day, I half-jokingly told a Canadian friend who is a pastor that I needed to do penance for all the air travel I’m doing for work. He fired back an e-mail with a link to a new Web site that lets me calculate my carbon footprint and make a donation to offset it. The site was affiliated with the United Church of Canada; my donation would help fund the “greening of the buildings of different faith communities.”

While I liked the idea, the Protestant in me wondered whether this were some sort of new system of indulgences. Remember indulgences? In the Catholic Church, they allowed the wealthy to buy their way into heaven or into the good graces of the church hierarchy—or both. At a time of growing debate about whether environmentalism is becoming a religion, are carbon offsets a new form of indulgences? Do you have to pay to have your environmental sins forgiven?

Consider this: recently, outdoor retailer Recreational Equipment Inc. came under fire for its efforts to offset its carbon footprint. Critics complain that REI’s sins, caused by its travel business, are actually growing—even if the purchase of carbon offsets is some sort of atonement. In other words, a carbon-offsets program may simply allow sinners to continue engaging in their unrepentant ways and unredeemed lives. That was among Martin Luther’s complaints about the abuse of indulgences way back when.

Some worry that environmentalism is taking on religion’s unappealing qualities: strict orthodoxy and dogma that admit of no question or challenge and would excommunicate dissidents. While I’m ambivalent on the overall issue, what strikes me as worthy of concern is the idea that nature is the truth and the answer and that all that is needed is to “get back to nature.”

One problem with this is that it lets human beings off the hook. To be sure, nature has incredible beauty as well as amazing powers of renewal. But nature, as demonstrated by the recent Haitian earthquake, is not always benign. Christian theology has claimed that human beings have a role and a responsibility as stewards—caretakers who are to enhance nature’s positive potential while mitigating its negative ones.

Many would say that we have done just the opposite. And they have a point. The record of human beings is, at best, mixed. We’ve stripped the hilltops, fouled the air, and polluted the rivers. But we have also restored the land, created productive farms, and protected endangered species. We certainly have the potential, and the responsibility, to be good stewards of the natural world.

At their best, religions remind us that we all have a part in the evils we deplore and that it’s not enough—and in fact is dangerous—only to blame others. At their worst, religions neatly (too neatly) divide people into categories of pure and impure, righteous and unrighteous, saved and unsaved. Such easy divides tend to encourage self-deception on the part of those who see themselves as the righteous while sowing the seeds of judgment and division.

One thing that strikes me as right about the carbon offsets idea is that it recognizes that all of us are implicated, that none of us is without sin. All of us participate to some degree in increasing the amount of carbon in the atmosphere. So in a sense, carbon offsets remind us that no one is righteous—not completely. I have my air travel problem. You have your own issues. Making a donation to the Canadian site, or another, may help balance things out.

Columnist Anthony B. Robinson is a former senior pastor at Plymouth Congregational Church in Seattle, Washington.