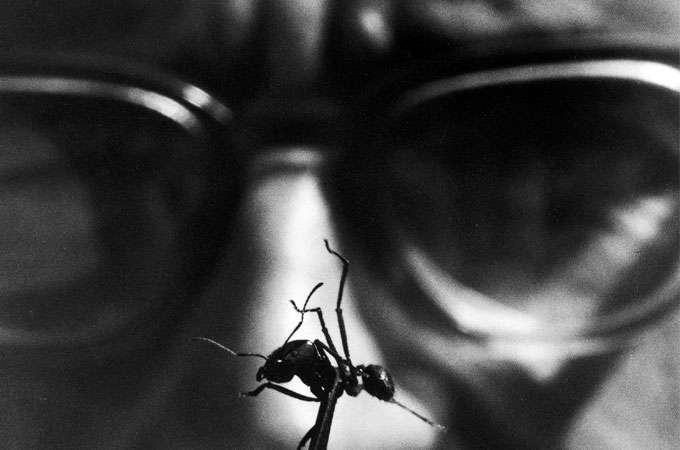 E.O. Wilson is to fiction as Michael Jordan is to baseball. Greatness on the basketball court didn’t translate to the baseball diamond—and a Pulitzer Prize in nonfiction doesn’t assure brilliant fiction. But Jordan played credible ball in the minors, and Wilson can vividly describe a scene and write believable dialogue, which goes a long way in storytelling.

Although Anthill is not great fiction, it is a substantial step toward engaging the public with science. And it comes along just in time, as I was ready to give up on experts writing generally readable books. After all, this is the enterprise that gave us Carl Sagan’s Contact (a passable short story that, unfortunately, became a tedious novel) and, after that, Ishmael. While Daniel Quinn’s book was hugely successful, non-acolytes like me found this tale about a telepathic gorilla telling us to save the world—well, in short, ludicrous. Then there’s Al Gore’s Earth in the Balance. Nobody can deny that Gore’s book shaped public understanding of climate change, but it was as captivating as a PowerPoint lecture. Now, along comes Wilson to restore faith in the capacity of scientists to write for the public.

Anthill has three parts. In the first section, we learn about Raff Cody’s childhood and upbringing in rural Alabama, where he comes to love a tract of old-growth pine. He’s a mediocre student but a first-rate amateur naturalist. Fortunately, Raff meets up with a professor from Florida State, and this connection gets him into the university. The second part of the book consists of Raff’s undergraduate thesis—an overwrought epic of an ant colony’s struggle against rival anthills and insecticide-toting humans. He writes, “Lamentation and hope were mingled among the Trailheader inhabitants. The ants were like a doomed people in a besieged city.” In the final section, Raff earns a law degree and returns to his home town, where he uses legal acumen to preserve his beloved woods. The tale ends as Raff narrowly avoids murder by a religious fanatic trying to maintain control over the locals. The moral of the story: You can save your corner of the world through enlightened capitalism and environmental law, but watch out for wackos.

The plot isn’t breathtaking and the message isn’t earth-shattering. So why praise a middling novel? Because Wilson’s three intuitions about the potential of fiction to motivate conservation are spot-on. First, people like genuine stories—not pontifications thinly veiled as dialogue. And Anthill feels plausible—at least until the end, where, I suspect, somebody told Wilson that fiction must include sex and violence. So in the final section we get cringeworthy lines such as “A wildness consumed her, as she set out to try every position, engage every orifice.” The book finishes with a grisly triple murder that seems far-fetched, like something a screenwriter might have tacked on for Anthill: The Movie.

Next, Wilson understands that people don’t care about abstract generalities—we love particular people, creatures, and places. Raff Cody loves the ants in a tract of Alabama woods. Wilson’s portrayal of the kid seems ensconced in the 1950s—girls read Nancy Drew novels and guys notice “well-groomed hair”—even though the timeframe is supposedly contemporary. But this time warp proves endearing because through it, Wilson reveals himself as a man with a sweet disposition and wistful memories of a southern boyhood. We end up caring for Raff and his antsy woods in part because the storyteller is so charming.

And finally, people can find natural history profoundly interesting. Although Raff’s thesis appears unaccountably plunked into the middle of the novel, the Disneyesque piece is an undeniably lovely way of learning about ants (that is, if one doesn’t take seriously that these insects experience fear, hate, sorrow, hope, and love) Conversely, Wilson casts human relations in terms of ant interactions. So, ants are anthropomorphized and humans are myrmecomorphized. But knowing Wilson’s passion for sociobiology and conservation, the topsy-turvy biology is more winsome than off-putting.

Anthill is a gutsy effort; Wilson couldn’t reasonably have expected to write stunning fiction on this first attempt (although his memoir, Naturalist, was quite enchanting). But he occupies the bully pulpit of biology, and lots of people will buy the book just because he wrote it. When they do, they’ll find an uneven but readable story about why people try to save wild places. ❧