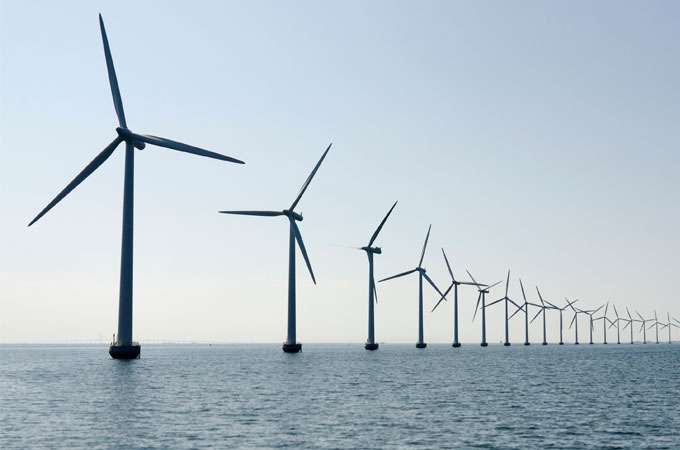 The Power of Many

One of the biggest problems with wind power is that it’s not constant. But a 2,500-kilometer-long grid of wind generators, oriented in roughly the same direction that cyclones travel, might overcome this difficulty.

Researchers envision placing the system of linked wind generators off the eastern coast of the U.S. The wind at each station would fluctuate, making its power output unreliable. But stations at other locations on the grid, where wind conditions are different, could step in to fill the gap.

Using meteorological data, the researchers simulated how the grid would have performed from 1998–2002. The power output “shifted up and down but never stopped,” they write in Proceedings of the National Academy of Sciences. Developers should base their site choices on weather patterns over a large area, the authors say, instead of just focusing on one particularly blustery spot. ❧
—Roberta Kwok