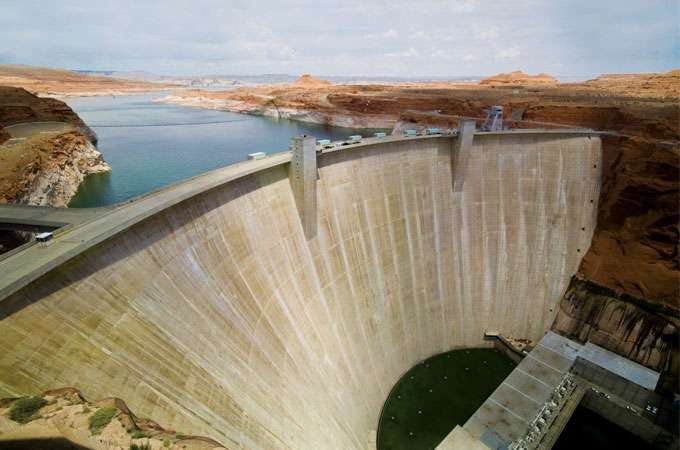 Will This Dam Self-destruct?

Dams are engineered to withstand a certain amount of flooding. To determine this amount, engineers look at historical patterns of flooding and extreme precipitation. But what if the creation of the dam alters these patterns by triggering higher precipitation levels? Could future flooding exceed the dam’s original specifications? The answer could be yes, according to a new study by Faisal Hossain of Tennessee Technological University.

Dam construction produces large changes in land cover in two key ways: by creating reservoirs and by triggering increases in downstream agriculture and development. With this in mind, Hossain set out to pin down the extent to which large reservoirs may be shifting regional rainfall patterns.

Hossain analyzed rainfall data for areas within 800 kilometers of 633 large dams worldwide. On average, he found that precipitation levels in the heaviest rainfall events (the top one percent) in these “near dam” areas increased in magnitude by about four percent a year following dam construction. The rise in extreme rainfall totals attributable to dams was greatest in arid and semi-arid regions, including southern Africa, India, central Asia, and the western U.S.

The trend suggests that water evaporating from large reservoirs may play a surprisingly significant role in regional climate and hydrology. As a result, some dams may be facing heavier floods over time, even as their flood-control capacity is decreasing due to sedimentation. ❧
—Scott Norris