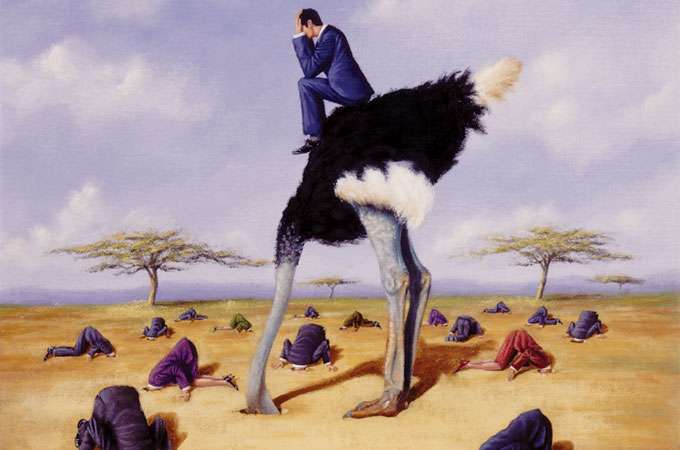 Beyond an Unreasonable Doubt

If the world’s top climatologists are all convinced that the burning of fossil fuels is causing dangerous global warming, why do the media keep giving equal time to deniers? No matter how strong the scientific consensus becomes, the campaign to discount climate change—financed by the fossil-fuel industries and conservative foundations—continues. Fortunately, so does the effort to set the record straight and tell people the truth. The past year has brought three superb books documenting the paid political attack on climatology, which is nothing less than a paid political attack on science itself.

Climate Cover-Up: The Crusade to Deny Global Warming (Greystone Books) was written by James Hoggan, owner of a successful Vancouver, B.C., public-relations firm, and his colleague Richard Littlemore. They are not radical environmentalists. They are businesspeople appalled at what other businesspeople have done to discredit global warming and help give the practice of public relations a bad name. With insider knowledge of PR tactics, the authors explain how deniers, funded directly or indirectly by industry, use their powers of persuasion in advertising and in factoids and viewpoints planted in the media. Hoggan and Littlemore reach a stark conclusion: “Reputable newspapers and magazines are today acting in a confused and confusing manner because a great number of people have worked very hard and spent a great deal of money in an effort to establish and spread that confusion . . . We have lost two decades—two critical decades—during which we could have taken action on climate change but didn’t.”

The Climate War: True Believers, Power Brokers, and the Fight to Save the Earth (Hyperion) is the work of Eric Pooley, a deputy editor at Bloomberg Businessweek and a former colleague of mine when I was an editor at Time magazine. A truly fair and balanced look at troops on both sides of the climate battle, Pooley’s book focuses on the so-far-futile effort to get tough climate legislation through Congress. We see how senators and representatives no longer represent the people. They represent the industries in their districts. That’s how the coal industry or giant utilities get a veto over particular provisions in a climate bill—sort of like Al Capone getting to help shape anti-racketeering laws. Pooley spent time with two of the deniers’ main lobbying groups, the Competitive Enterprise Institute and the American Coalition for Clean Coal Electricity. The author didn’t need to pass much judgment, since the fallacies of the denier arguments are self-evident to any thoughtful reader. Clean coal? That’s as believable as safe deep-sea oil drilling.

The most scholarly of the three climate books is Merchants of Doubt: How a Handful of Scientists Obscured the Truth on Issues from Tobacco Smoke to Global Warming (Bloomsbury Press) by Naomi Oreskes, professor of history and science studies at the University of California, San Diego, and Erik M. Conway, who previously wrote a history of NASA’s atmospheric-science program. Spanning the past half-century, the book shows how a group of maverick scientists aided and abetted the assault on their own profession. Fred Seitz and Fred Singer, for example, were accomplished physicists prominent in the scientific establishment in post-war America. They were also Cold Warriors who were fervently anti-Communist, an ideology that expressed itself in suspicion of anything that interfered with free markets. Later in their careers, they began to move out of their areas of expertise to challenge all types of government regulation. Seitz, a former president of the National Academy of Sciences, worked for the tobacco industry—distributing money for research that cast doubt on the scientific consensus that cigarettes were killing smokers. Singer, with many financial backers in the conservative corporate community, challenged evidence of the dangers of second-hand smoke, acid rain, and the ozone hole. Both Seitz and Singer became leading deniers of global warming. They were, in essence, scientists for hire.

It’s not surprising that business executives would muddy scientific issues to protect their livelihoods. What’s harder to explain, though, is why the supposedly savvy media keep devoting print and airtime to the deniers.

Journalism, of course, has always been a business, subject to the whims of the people who own the presses. But never before have the mainstream media been so concentrated in the hands of giant global conglomerates. Increasing competition from the Internet and from hundreds of cable-TV networks has put severe pressure on the profits of traditional news media. And that has led to a marked decline in the quality of journalism.

The heart of the problem is that the media have cut their staffs—especially correspondents in the field who do actual reporting. Science reporters are among the most expendable. Time, for example, has encouraged most of its veteran science reporters and writers to take early retirement. Paradoxically, even as the amount of digital space and airtime available for news has ballooned, the number of reporters has shrunk.

With so much space to fill, the remaining journalists are overwhelmed and have little time for in-depth reporting. The easiest way to fill space or airtime is to give it over to advocates on particular issues—to substitute opinion for reporting. Journalists simply present the opinions of advocates on both sides of an issue, regardless of their relative validity. Unsure whom to trust and afraid of getting things wrong or being accused of bias, unenterprising journalists go for “balance,” even if one side is the entire scientific community and the other side is a bunch of lobbyists.

Debates between advocates are perfectly appropriate for issues that involve value judgments, such as abortion. But science is not about opinion or ideology or values. It is a process in which the truth is gradually discovered and agreed upon. The world is not flat. It is round. Journalists will always say that they seek “balance” to maintain “objectivity,” but in reality “balance” is a poor substitute for careful investigation and presentation of the facts.

Striving for “balance” also serves the media’s increasingly desperate quest for readers and ratings. Contrarian views and loud arguments make stories more entertaining. “Just the facts, ma’am” may have worked for Detective Joe Friday in Dragnet, but it doesn’t work for Glenn Beck and Keith Olbermann.

Here’s a recent example of bad “balanced” journalism. One day last May, I happened to catch NBC correspondent Peter Alexander (no relation to me) doing anchor duty at sister network MSNBC. He introduced a segment this way: “Should schoolchildren be taught that man’s impact on the climate, on global warming, is in fact a fact—or should they be presented with both sides of the debate? Mesa County, Colorado, and Grand Junction High School have become ground zero in the teaching of what some say is junk science. Others consider it settled science.” A group called Balanced Education for Everyone, Alexander explained, had gathered 700 signatures on a petition urging the school to stop teaching global warming unless it also presented the other side. What followed was a brief debate between a representative of the Union of Concerned Scientists and someone from the Independent Women’s Forum, which created Balanced Education for Everyone. The Independent Women’s Forum is “independent” of everyone except its conservative funders. One of its directors is Larry Kudlow, the doctrinaire CNBC host who seems to think that free markets can do no wrong. Why should MSNBC give such a group airtime to speak about science education? Why parrot pronouncements that the findings of the National Academy of Sciences are “junk science”?

It’s a sad state of affairs when a late-night comedian has a better understanding of science than an NBC correspondent. But that may be our fate. Bill Maher also spotted that MSNBC story and had this to say on his HBO show: “Mainstream media, could you please stop pitting the ignorant versus the educated and framing it as a debate? . . . Devastating worldwide climate change is happening, whether you phone in for it or not.” ❧

Charles Alexander is a former editor at Time Magazine, where he directed the magazine’s environmental coverage. After 23 years there, he is now an independent journalist aiming to raise environmental awareness through writing, editing, speaking, teaching, and consulting.