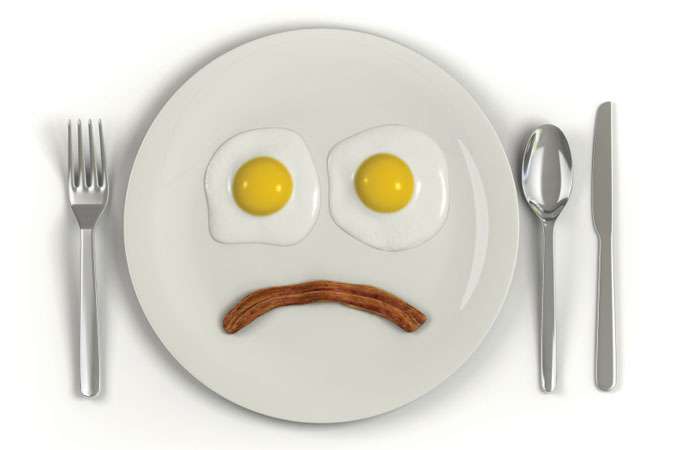 You already know your carbon footprint. How about your nitrogen footprint? Researchers have calculated how much nitrogen pollution is produced by the production of common foods. Ultimately, they hope the approach might help consumers curb nutrient pollution that is creating oxygen-poor “dead zones” in many coastal seas.
Over the past few decades, researchers have documented an alarming increase in so-called dead zones, where oxygen levels become too low to support marine life. Such extreme eutrophication now affects more than 400 areas around the globe, researchers estimate, and is often linked to nearby farming.

To get a clearer picture of how eating choices might be linked to eutrophication, two researchers at the University of Pittsburgh in Pennsylvania—Xiaobo Xue and Amy E. Landis—decided to tally the nutrient pollution associated with the production of different foods. They used life-cycle assessments to estimate the amount of nitrogen, phosphorus, and other nutrients created at every step—including farming, processing, packaging, and transport. Ultimately, they used the totals to create a comparable nitrogen footprint for each food.

Topping their dead-zone menu was red meat, which generated the equivalent of more than 150 grams of nitrogen per kilogram of flesh. Next in line—with nitrogen footprints of 50 to 100 grams—were dairy products, chicken and eggs, and fish. Cereals and carbohydrates had the lowest footprint: just 2.6 grams. Overall, farming activities were responsible for about 70 percent of the emissions in every food group.

Such inconsistencies pose difficulties to consumers and policymakers, since a diet that minimizes carbon might not necessarily reduce nitrogen. One lesson is clear, however. “If people consume less red meat and dairy products, the nitrogen usage for food production will decrease,” the authors note. Lentils, anyone? ❧