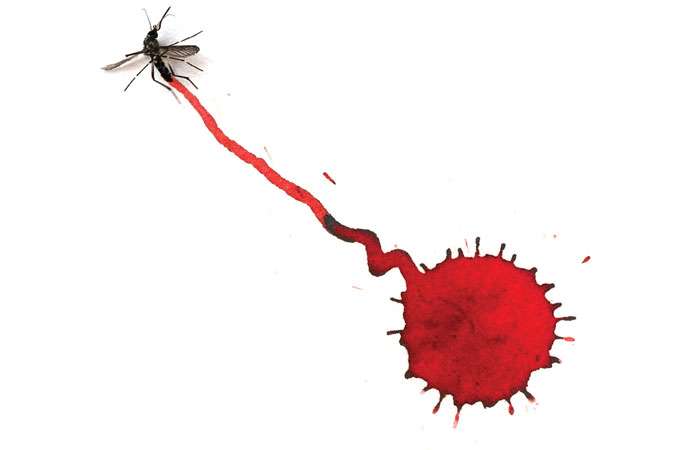 Some researchers have argued that a warming world will favor the spread of parasites that cause malaria. But by examining the history of malaria distribution, a new paper in Nature finds that a few public-health strategies will do more than enough to counteract the coming malaria risk.

A team led by Peter Gething of the University of Oxford compared maps of malaria distribution around 1900 and in 2007. Although the planet heated up during the twentieth century, the malaria-stricken area dropped from 58 percent to 30 percent of Earth’s land area, probably due to factors such as urbanization and disease control. And the prevalence of infection has dropped in more than two-thirds of the regions still suffering from malaria today.

The researchers then studied a measure of disease transmission called the basic reproductive number (R0). Roughly speaking, R0 measures how fast the disease spreads by indicating the number of new cases arising from infection of one person in a previously unexposed population. Some scientists have predicted that climate change could increase R0 for the malaria parasite Plasmodium falciparum by as much as three times.

But Gething’s team found that in the majority of areas, R0 has plummeted by at least tenfold since 1900. After examining models and case studies, the team concluded that drug therapy, bed nets, and other public-health strategies would be enough to overcome the anticipated impact of global warming. In short, the outcome of the battle against malaria is “likely to be determined by factors other than climate change,” the researchers write. ❧