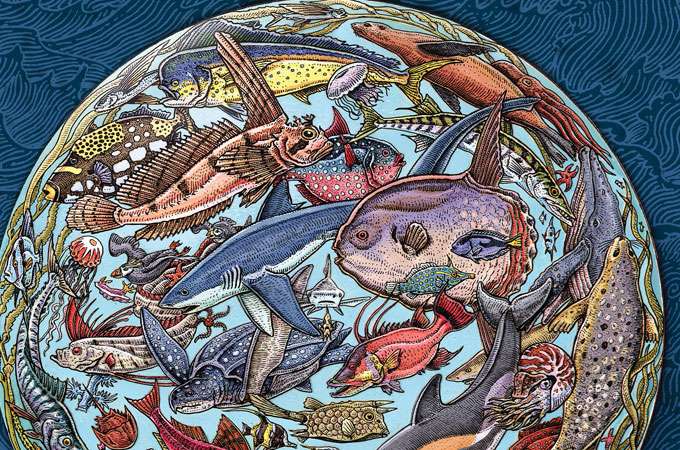 The great count is nearing its end. Marine researchers have unveiled the first tidal wave of data from the Census of Marine Life, a decade-long effort to survey all sea life. A dozen papers published in PLOS One begin to detail the thousands of known marine species, and a global tally is expected to include more than 230,000.

The first batch of results reports that each of 25 regions surveyed holds from 2,600 to 33,000 known, named species. Crustaceans are the most common kind of organism, accounting for about one-fifth of the total. About 17 percent are mollusks, and 12 percent are fish. Some widely distributed species, including the predatory manylight viperfish (Chauliodus sloani), were found in the inky depths of more than one-quarter of the world’s marine waters. The Mediterranean earned a dubious distinction: it ranked first in alien, invasive species with more than 600. Most had arrived from the Red Sea via the Suez Canal.

Despite the intensive survey, “most ocean organisms still remain nameless and their numbers unknown,” says marine biologist Nancy Knowlton of the Smithsonian Institution, leader of the census’s coral reef project. “This is not an admission of failure. The ocean is simply so vast that, after ten years of hard work, we still have only snapshots, though sometimes detailed, of what the sea contains.” ❧