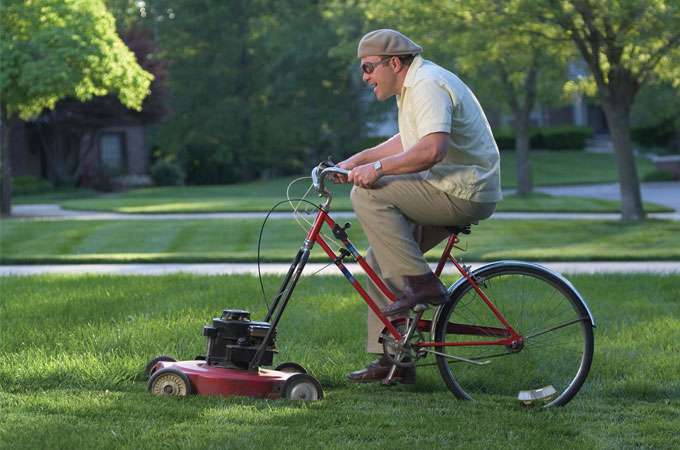 Over the course of its life, a typical gas-powered lawnmower will produce as much air pollution as five new cars being driven 100,000 miles each. But most people still aren’t willing to give up their lawns or switch to gas-free mowers.  So one researcher has attacked the other side of the equation by developing a new type of grass, one that grows half as fast as traditional lawns.

Russell T. Nagata, associate professor at the University of Florida, has bred a slower-growing type of St. Augustine grass, one of the most common lawn grasses in the American southeast. While most grasses grow 3 to 5 inches per week, the new grass, Captiva™, grows between 1.5 and 2.5 inches per week. Nagata hopes the grass will reduce the need for frequent mowing; if mowing frequency were reduced by half in Florida, for instance, it would save  an estimated 30 million gallons of fuel per year.

What’s more, Captiva is a darker green than most grass, which Nagata believes could reduce toxic runoff by making people less tempted to overfertilize their lawns. ❧