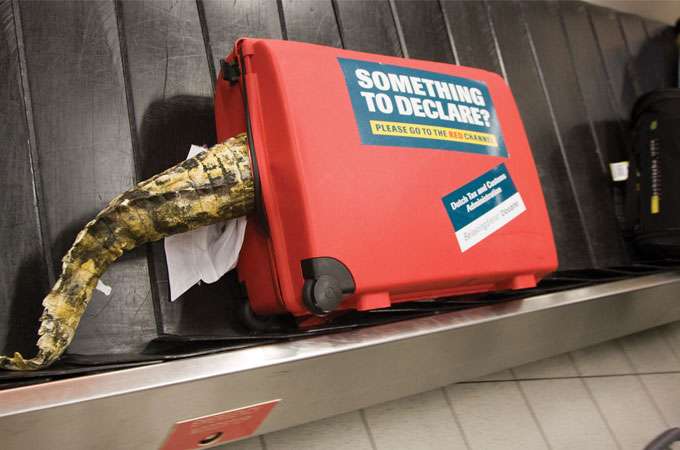 Snakes on a Plane

Airplane passengers may be illegally bringing more than 200 metric tons of bushmeat through a Paris airport each year, scientists say in Conservation Letters.

The researchers stationed themselves at Paris’ Charles de Gaulle Airport for a couple of weeks and helped inspect baggage from 29 flights arriving from Africa. Seven percent of the searched passengers had bushmeat in their luggage, they found. By the team’s calculations, people bring roughly five metric tons of bushmeat per week through the airport.

More than one-third of the smuggled bushmeat came from species listed under the Convention on International Trade in Endangered Species of Wild Fauna and Flora (CITES), including primates and crocodiles. The team also approached bushmeat traders in Paris and found that the meat was being sold at luxury prices.

The authors worry that a high-end bushmeat market in Europe could exert additional pressure on the hunted species. Officials need to step up their searches and impose fines more regularly, the team says. ❧