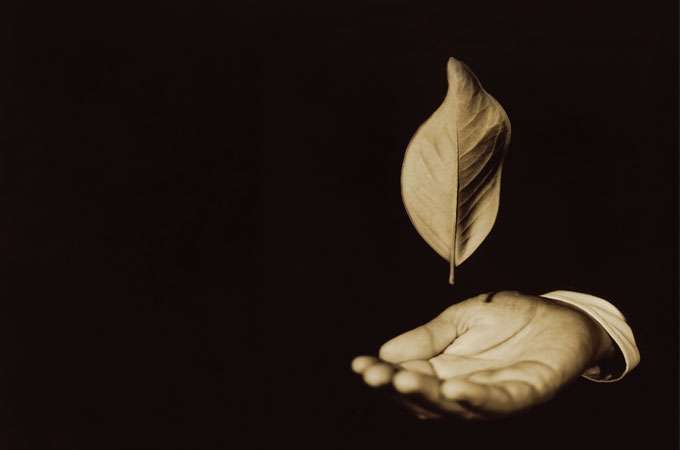 The Shape of Things to Come

From blades of grass to the cup-like fly-catcher of the pitcher plant, the diversity of leaf shapes, sizes, and structures is stunning. It is also incredibly useful, allowing plants to live nearly everywhere on Earth. Now, the precise molecular switches that control these traits are being identified, with potentially huge ramifications for agriculture.

“We are at the stage of putting together a blueprint of the genetic program controlling leaf shape,” says Andrew Fleming, a leaf researcher at the University of Sheffield, U.K. “This opens the door to experiments whereby we can change leaf form in a targeted fashion.”

Because leaves are the main sites of photosynthesis, they are ultimately the source of almost all food on the planet. By controlling the molecular basis of leaf shape, plant biologists may be able to enhance a plant’s ability to adapt to a changing environment without the protracted guesswork involved in selective breeding. “The question is: what does an optimal leaf look like, and can we design one?” says Fleming.

Over the past year, several landmark papers have shed light on how different leaf patterns are generated. They reveal that the genes and molecules guiding leaf patterns are very similar across a wide variety of plants. For example, Neelima Sinha of the University of California, Davis, helped discover that the growth hormone auxin plays a key role in controlling leaf shape. Her team applied auxin to one edge of a tomato leaf and found that it lost its serrated pattern and grew indiscriminately. The auxin-free side of the leaf developed normally.

Meanwhile, Patrick Laufs at the French National Institute for Agricultural Research in Versailles has discovered “boundary” genes that are expressed in the small nook separating leaflets in peas, columbines, tomatoes, and lamb’s cress. The genes seem to inhibit the growth of leaf cells. “If you remove them, then the two outgrowths just flow into each other and become one,” says Sinha. “By doing this kind of punctuated ‘grow’ ‘don’t grow’ ‘grow’ signaling program, you can start to change its shape.”

Other genes involved in different aspects of shape are also emerging. Fleming has identified one that seems to make flat leaves goblet-shaped by suppressing cell division in certain
areas of the leaf. The emerging research might lead to crops with bigger leaves, or help work out whether certain leaf shapes are better suited to capture light in shadier conditions. This could go a long way to increasing a plant’s productivity, but it doesn’t end there.

Stomata are the small pores on leaves that regulate how much carbon dioxide and water move in and out of leaves. Leaves convert CO2 into sugars through photosynthesis, and water that is key to the plant’s temperature and survival. Controlling whether stomata are open or shut and how many there are can therefore have a major impact on how well the leaf works.

Ikuko Hara-Nishimura at Kyoto University in Japan and her colleagues have found a gene called stomagen that increases the density of the pores. When they purified the protein it produces and applied it to Arabidopsis seedlings, the leaves produced more stomata. Besides boosting yields by optimizing the amount of CO2 that plants can capture, and therefore boosting the amount of sugars they produce, artificially manipulating stomata numbers may help create crops that are more resistant to drought or heat.

Plants open their stomata to cool themselves down through transpiration and close them to retain water. Plant biologists believe that by artificially manipulating the number of stomata, it might be possible to help plants adapt to higher CO2 levels and create more resilient plants as a result. Fleming points out that modified wheat with shorter stems was in many ways the basis of the twentieth century’s Green Revolution. Shorter stems meant the plant put more resources into producing grain that was easier to harvest. He thinks a similar revolution is overdue. “If we’re going to support the growing global population, we need some sort of step change in the amount of food that we produce,” he says. ❧