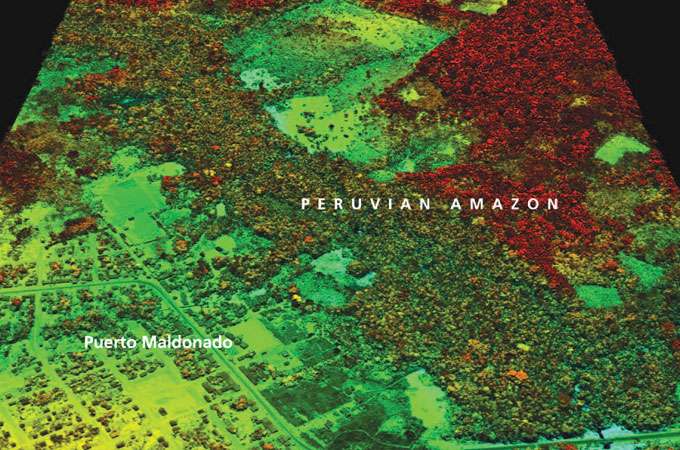 Calculating the amount of carbon in tropical rainforests is a daunting task. Field measurements are expensive and labor-intensive, while satellite images reveal forest cover but not carbon content. Now, a team has demonstrated a relatively low-cost method to create high-resolution maps of tropical-forest carbon stocks and emissions from land use over large areas. The study could pave the way for more-accurate carbon monitoring by countries hoping to reap credits for reduced emissions. These credits, in turn, could be worth billions of dollars on the global market.

The researchers relied on a technology called airborne light detection and ranging (LiDAR): they fired laser beams at trees from a plane, detected the returning signals, and created three-dimensional images of forest areas in various conditions. The team then performed field work at a small set of plots to estimate carbon storage for those canopy structures. Finally, the results were extrapolated across more than 4 million hectares of Peru’s tropical forests, aided by data from satellite image analysis and by vegetation maps.

Carbon storage wasn’t uniform, the team reports in Proceedings of the National Academy of Sciences. For example, areas with younger, more-fertile soils were more carbon-rich than those with older soils. The authors calculate that the region contains about 395 million metric tons of aboveground carbon, with 1.1 percent released through emissions from 1999 to 2009. In contrast, a rough method that accounts only for broad forest types gives an estimate of 587 million metric tons.

By mapping carbon stocks more accurately, countries could qualify for higher investment per carbon unit, says co-author Greg Asner of the Carnegie Institution for Science. The project cost less than eight cents per hectare, and recent operations have been even cheaper. The team is now extending the technique to Ecuador, Colombia, and Madagascar. ❧