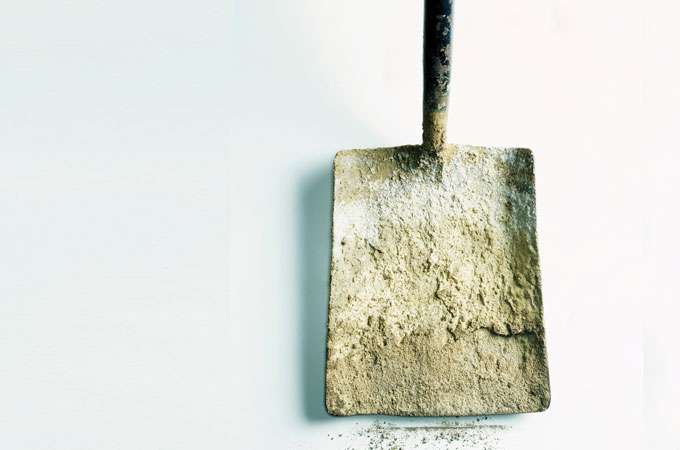 An entrepreneurial marine geologist from Stanford believes that by mimicking the way marine organisms create shells, he can transform concrete manufacturing from one of the most carbon-intensive processes on Earth to one that is carbon-negative.

Humanity emits 30 billion tons of carbon dioxide each year, and over his thirty-five-year career Sam Bose has been responsible for far more than his share. And why not? Industrial managers such as he never had a reason to concern themselves with the stuff. Until 2001, when his facilities were shut down, the plainspoken engineer oversaw a set of industrial plants in northern California that produced alkali powder. All told, the operation emitted into the atmosphere more than a ton of carbon dioxide every thirty seconds. (It takes the average person more than two years to exhale the same amount, and an average coal plant roughly seven seconds.) Since 1984, Bose regularly drove the hour and a half west from his home to Moss Landing, near Monterey, where he oversaw work at the Brick Plant, as the locals called the weedy, rusted factory by the sea.

California industrial magnate Henry Kaiser built the factory’s kilns, pipes, and silos in 1942 to remove dissolved carbonate chemicals—what makes water taste hard—from the Pacific sea-water. He was deriving magnesium, an important ingredient for explosives during World War II. After the war, engineers such as Bose used essentially the same reaction, which requires kilns fired at more than 1,800 degrees Fahrenheit, to produce magnesium hydroxide, an alkaline powder used to make heat-resistant bricks. In the 1990s, competition from China and the decline of California’s heavy industries led to the business’s demise. Bose watched his friends lose their jobs one by one as he worked for years to clean up toxic spills at the site and haul off 12,000 tons of steel equipment for scrap. As the last employee at the plant, Bose almost literally turned out the lights on his way out. “I was getting ready to find work in another state, move my family,” he says. 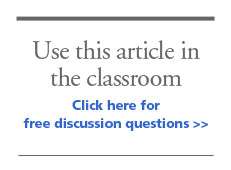 Then a marine geologist from Stanford University in jeans and boots named Brent Constantz arrived in early 2008 amid the ramshackle buildings and seagulls. His company, he said, was Calera, less than one year old, with fewer than ten employees. He told Bose that he wanted to turn the abandoned site into an environmentally sustainable factory to make cement, one of the most carbon-intensive materials to manufacture on Earth. For decades, Kaiser’s employees had turned the ocean’s hardness, carbonate ions, into an alkaline powder; Constantz wanted to turn it back into carbonate, which he’d use to make cement. It’s the same process that marine organisms use to create their shells, he explained, and limestone found in nature is the compressed, mineralized form of carbonate from those shells after they die. He’d obtain the most important ingredient, carbon dioxide, from the power plant across the street, which released millions of tons of it a year. “I was intrigued, “Bose told me. “What he was doing seemed quite doable. But nobody had suggested doing it before.”

Within two months Bose was hired, the abandoned factory leased, and a Calera-owned Moss Landing Cement Company founded on site. In May 2008 a pilot plant there produced its first batches of cement, using C02 from canisters. Then Bose and other Calera employees installed a mini coal burner, about as tall as a basketball hoop. In a device called an absorber they mixed the carbon dioxide with the alkaline solution. They installed equipment that dried the chemical slurries, which looked like mocha shakes, into fluffy powder. “A large engineering company told us we would have to spend $30 million to build it,” Constantz told me during an interview in his office, the corner spot in a two-story office building in a business park in Los Gatos, California. “I fired them. We did it in a few months for $2 million.” Constantz often says controversial things in the northern California calm befitting his pedigree as a rock-climber-mountain-biker-surfer-U.S. national-water-polo-team-alum. (He’d have gone to the 1980 Olympics were it not for the boycott. “I was the goalkeeper. I once blocked a shot with my face,” he says.) “I’ve never seen a company move so fast,” says Bose.

It’s the exhilaration of the carbon rush that propels Constantz’s drive. Someday soon—in a year or perhaps a decade as dictated by the politics—government rules in the United States will mean that emitting a ton of carbon dioxide into the atmosphere will cost companies something. (It already does for most industries in Europe.) So if a Stanford geologist can offer a way for an electric company to avoid doing that, he’ll make a lot of money. Economists estimate a $1 trillion market beckons to anyone clever enough to grab the world’s most wanted molecule from a smokestack or a tailpipe or even thin air. 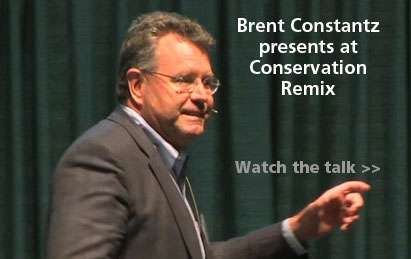 The climate crisis begins and ends with coal. The planet’s more than 2,100 coal plants spew out roughly 41 percent of total world CO2 emissions from energy use. (The 150 largest of those facilities emit a whopping 10 percent of human CO2 emissions.) Coal is cheap and abundant, and humans have been burning it to produce energy for more than a century. It’s responsible for half the electricity generated in the United States, and it’s the climate nightmare that is only beginning: by 2030, forecasts the International Energy Agency, world coal power will double. Renewable energy, natural gas, and nuclear energy will all help provide lower carbon emissions in the years to come, but none will replace coal fast enough to matter. And if coal plants are using roughly the same technology in 2030 as they are now, says the Boston-based Clean Air Task Force, world CO2 emissions would be 13 billion tons per year higher. If the world can obtain energy from coal without adding to its carbon problem, it will be well on its way to stabilizing carbon concentrations. “If we don’t solve the climate problem for coal, we’re not going to solve the climate problem,” Princeton physicist Robert Williams says.

In these early days of this particular frontier, the rules are simple: it’s the race to win the sucking-one-ton challenge. Suck one ton of carbon dioxide from the business end of a coal plant for a reasonable cost, and you’ve done it. Engineers know how to suck one ton from a coal plant before it’s emitted, they know where to put it, and they even have techniques to filter the CO2 from the sky, as unlikely an endeavor as that seems. But it’s all just too expensive right now to make it affordable on an industrial scale. A set of analyses conducted for a workshop at MIT in 2009 put the sucking-one-ton cost as high as $100 for a variety of different coal plants.

Constantz claims he can achieve the almost mind-blowing cost of 17 dollars using the bicarbonate method. If he can do it in a few power plants, he’ll be considered a major success for a start-up company. If he can do it in many power plants, he could become a household name. And every- where one looked would be a building or a road made from carbon pollution. To save the world, we would turn carbon into carbonates, making limestone as a component of concrete, or injecting a solution of bicarbonate into the ground like a big mocha shake. “This isn’t just a niche solution,” he tells me in an interview. “We will be the primary solution.”

A number of experts say his numbers are bogus. Calera’s ability to become the answer to the world’s carbon glut will depend heavily on obtaining alkalinity. In places where there aren’t mountains of Moss Mag or other low-cost alkaline chemicals sitting around, making the alkalinity it needs to react with carbon dioxide will require running electrochemistry facilities next to power plants, sapping their energy. Instead of making concrete, they’d be making the bicarbonate solution—the mocha shake—which would need to be injected underground, which could be more expensive than making building materials that they could presumably sell.
To get that magically low 17 dollars per ton of  CO2 sequestered, the company would be monopolizing a quarter of a coal plant’s electrical output. Calera says it could use a power plant’s electricity at night when it’s cheap.

But doing electrochemistry to obtain the alkaline solutions Calera needs means creating large amounts of hydrochloric acid, one of the nastiest industrial wastes around. Also, Harvard geochemist Dan Schrag estimates that injecting a ton of pure CO2 into the ground delivers more than 25 times the amount of gas than injecting a ton of bicarbonate, which is only roughly four percent CO2. (Calera says that pumping bicarbonate solution as a partial solid can make up the difference—but geologists worry that injecting solids into the ground will seal up pores in the subsurface rock layers.) And there’s the real possibility, say geologists, that the bicarbonate will react with briny water underground, and out will bubble the carbon dioxide.

Constantz knows that mainstream climate scientists such as Schrag are skeptical of his work, but he says that in general, the field of climate science needs more outsiders like him because it’s grown stale. “In terms of good-quality, high-impact science there’s barely any of it,” he says, sipping a beer from a tall mug. On his iPhone he flips through vacation photos from Lake Como, Italy, where limestone is everywhere. Limestone walls. Limestone steps. Limestone patios. You can see that in his mind, the geologist is imagining that the steps out from the pizzeria we’re sitting in will one day be built of pure limestone, made from the carbon emissions of a power plant that provides the electricity that keeps the pizza ovens hot. ❧

Eli Kintisch is a reporter for Science magazine. He has also written for Slate, Discover, MIT Technology Review, and The New Republic.