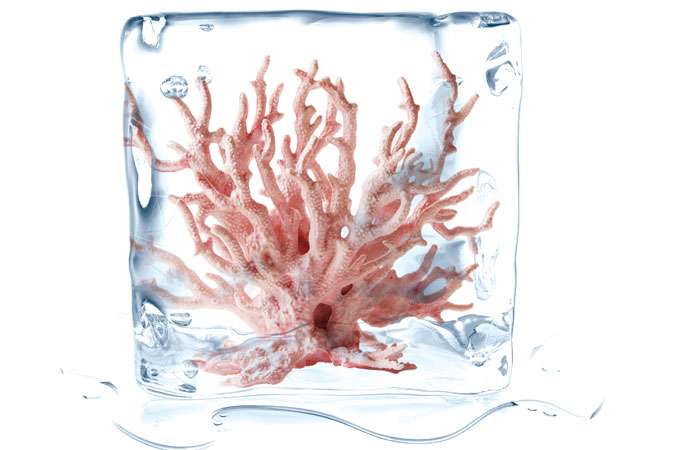 There’s a lab at the Hawai’i Institute of Marine Biology where scientists are cataloguing and freezing live reproductive cells, in hopes of one day repopulating the planet with the cryopreserved seeds of extinct or near-extinct species.

If this sounds like the opening scene of a disaster flick, that’s because in a way, it is. Dr. Mary Hagedorn’s liquid-nitrogen ark is a Plan-B bid to save the ocean’s corals; to her, the horrific part is that within 40 years, coral reefs are predicted to become the first global ecosystem to go extinct in modern history.

It’s not that Hagedorn is completely giving up on saving reefs as they exist today. But, she says, hers is a realistic insurance policy in case the world can’t manage to rein in rising temperatures and acidifying oceans quickly enough. Already, the world has lost one-fifth of its original coral reef area, and these global-scale threats make local conservation efforts an uphill battle.

For the past seven years, Hagedorn has pioneered the process of safely freezing and preserving coral tissue, sperm, and embryonic cells. Before picking specimens to bank, she analyzes hundreds or even thousands to find genes worthy of potentially becoming the last of their kind. She doesn’t know when—maybe in five years, maybe in a thousand years—but one day, researchers might thaw the samples and use them to restore reef ecosystems.

She has banked three species so far and hopes that in the next decade she can motivate and train zoos, aquariums, and conservation institutions to join her quest, creating repositories around the globe. Her work is in Hawaii because corals reliably spawn there several times a year; in the Caribbean, corals are so threatened that spawning is becoming unreliable.

Yet despite dozens of collaborating institutions, including the Smithsonian Institution, hers is the only lab in the world doing coral cryopreservation today. Hagedorn is dismayed at the lack of urgency: “We’re talking about a whole ecosystem that affects our planet in ways that we can’t even comprehend.” ❧