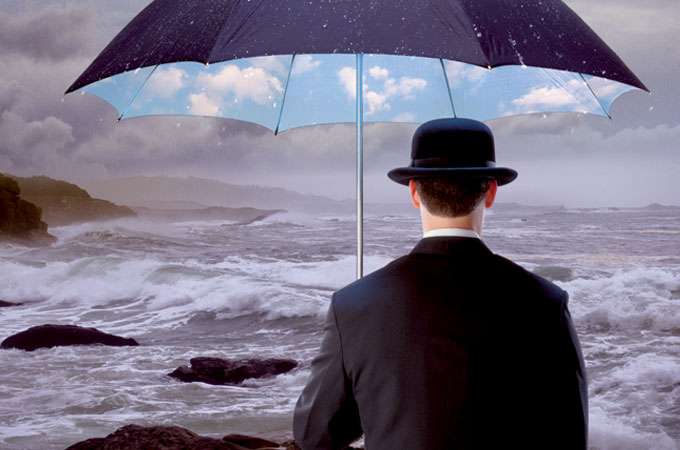 Environmentalists have never been very good at predicting the apocalypse, but that doesn’t keep us from trying. Such was the case in 1968, when Paul Ehrlich published The Population Bomb. Seven years later, he warned that hundreds of millions of people would starve due to widespread famine and that society would enter a “genuine age of scarcity.” But the bomb turned out to be a dud (at least in the near term), and the specter of mass starvation remained exactly that—a specter.

Still, doomsaying can be a hard habit to kick. In 1980, Ehrlich famously bet the economist Julian Simon that the prices of five metals (harbingers of resource shortages) would rise by decade’s end. But 1990 came and went, and the prices had actually dropped. While Ehrlich has since offered caveats—the price of oil doubled during the same decade, he notes—the fact remains that he gambled and lost.

All of which raises a question that makes environmentalists squirm: why has the human condition— incontrovertibly and inconveniently, it would seem—gotten better and better, even as most ecosystem services have declined? In a recent BioScience paper, a team of researchers led by Ciara Raudsepp-Hearne of McGill University confronts this “environmentalist’s paradox.” (1)

The authors consider four possibilities. First, the numbers are wrong, and we actually aren’t doing fine. But they are quick to reject this. The Human Development Index has increased in all major regions of the world over the past 35 years, while the global poverty rate has dropped by nearly 75 percent. Even with the recent spate of local catastrophes—an inundated Pakistan, a scorched Russia—humans by almost any measure are living longer, healthier lives than ever before.

What about food, then? Few revolutions have matched the impact of the Green Revolution, and human well-being depends largely on having enough to eat. Since food availability is increasing, perhaps it overwhelms whatever other privations we suffer. But while all this is true, the authors consider food a factor in the paradox but not an explanation.

In a similar vein, maybe technology is the savior, having (as the authors put it) “decoupled well-being from nature.” But support for this idea is ambiguous at best. Even with advances in technology, we still depend on ecosystem services more than ever. And it’s not as though technologies make us less dependent on those services—rather, they tend to let us use more of them than we were able to before. Which is how we end up with things such as—oh, say—deep-sea oil drilling or fracking.

This leads to the fourth hypothesis: that we have not yet begun to feel the full brunt of our depredations, due to a time lag, and wholesale collapse may be just around the corner. This is at once the most plausible answer and the most frustrating. The authors purport to tackle something that makes us uncomfortable, but their lasting message is one that leaves us in a very comfortable place. The environment is going down the tubes. Even if we haven’t paid for it yet, we’re about to—just you wait! Sound familiar? It’s Ehrlich’s old gamble. ❧

Eric Wagner is a freelance writer based in Seattle, Washington.