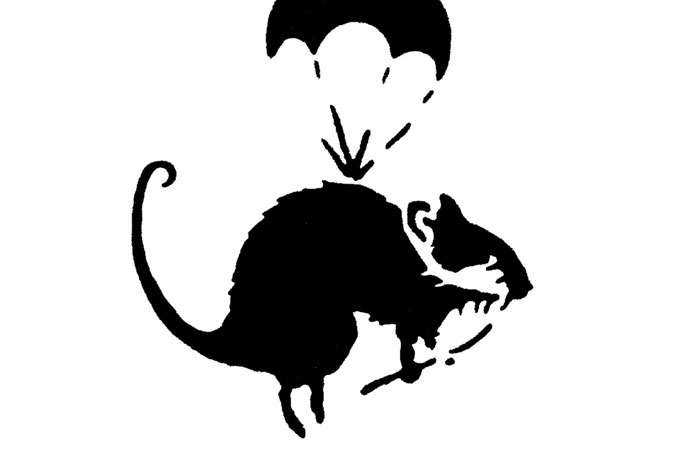 In a spectacularly creative effort to rid Guam of an invasive species, the US Department of Agriculture is planning to “bomb” the island’s rainforests with frozen dead mice laced with acetaminophen. The mouse-bombs are meant to target the brown tree snake, an invasive species which has ravaged local wildlife—and angered local residents—since arriving in the 1940s.

The idea is to poison snakes by getting them to ingest the acetaminophen-laden mice. In sufficient dosages, acetaminophen, the primary ingredient in Tylenol®, can cause liver failure in snakes (and in humans, for that matter).

While it might not seem difficult to purge an island of snakes, the snakes’ habit of dwelling high in the rainforest canopy has so far thwarted efforts to rid the island of the pest. The difficulty of reaching the snakes’ habitat has led to the idea of mouse-bombs as a possible solution.

Initially, various “delivery systems” were tested. Eventually, researchers with the National Wildlife Research Center in Fort Collins, Colorado, settled on a streamer attached to cardboard on which the mouse is affixed with glue. This contraption is meant to snag in the treetops, perfectly positioning itself for hungry brown tree snakes. Researchers want to make certain the mice don’t make it all the way to the ground, where they could threaten local wildlife such as crabs and lizards.

The mouse-bomb program is currently under way. Dan Vice, assistant state director of the U.S. Department of Agriculture’s Wildlife Services in the Pacific, tells Radio Australia that 250 poisoned mice have so far been dropped in a trial run. Researchers are now working to see whether the preliminary mouse-bombs worked.

An effective snake eradication would deliver relief for the island’s beleaguered native-bird species—six of which have gone extinct since the brown tree snakes appeared. It might also cut bills for taxpayers: the brown tree snake costs $1 million to $4 million in direct damages and lost productivity per year, due mostly to snake-caused power outages, which occur at a rate of roughly one every three days. ❧